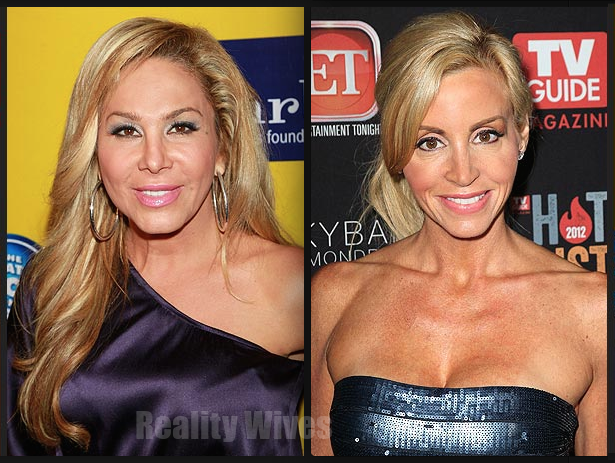 via TMZ:
“Real Housewives of Beverly Hills” producers have lured back 2 big stars … one of whom they fired just a year ago.

Camille Grammer and Adrienne Maloof are the secret to restoring the show to its former ratings glory … at least that’s what producers are banking on — sources connected with the show tell TMZ.

Adrienne was a hell-freezes-over type girl, because we’re told producers said they would NEVER work with her again after she quit the show.

But times and ratings change. Now that the show has 86’d Carlton Gebbia and Joyce Giraud crashed and burned, there was a gigantic hole in the cast … now filled.

We’re told Camille and Adrienne won’t be on all the time … they’ll be on here and there but still considered cast members. They’ve already shot scenes — most recently at Kyle Richards’ infamous white party.

Adrienne went through a nuclear divorce with Paul Nassif but we’re told neither he nor their kids will be story lines.

I for one actually like this idea – both women are crazy. We get to see the insanity that is Adrienne’s love life and Camille well, Camille has had some serious drama with her ex. What are your thoughts? Post your comments below.

More in Real Housewives Of Beverly Hills (360 of 790 articles)