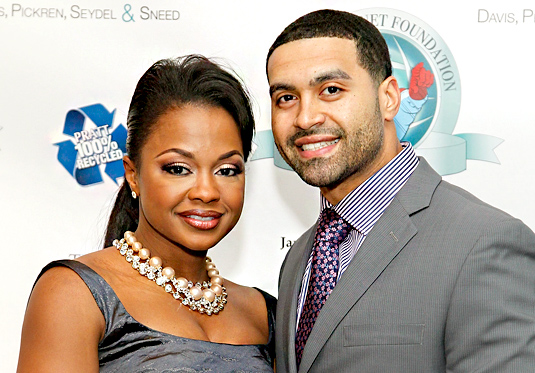 Real Housewives of Atlanta star and frequent strip club visitor, Apollo Nida plead guilty today to a huge $2.3 million fraud scheme. Apollo husband to Phaedra Parks’ is now facing up to 30 years in jail and a fine of up to $1 million on top of restitution. A sentencing hearing has been set for July.

Are you going to put some $$ on the books for @apollonida03 like he asked you to @kenyamoore? Be careful what you wish for #RHOA

“I just left the courthouse, and I’m alive. I’m cool. I feel good about the support I’m getting. All the support’s been needed. It’s an uphill battle, but we’re still staying positive,” he revealed to Radar Online.

Apollo was charged with bank fraud and identity theft in January. Prosecutors alleged that he created fake companies, enabling him to access databases to find individuals to steal from. He then allegedly opened fake bank accounts under those real names and funneled stolen U.S. Treasury checks and auto loan funds into those accounts.

“Don’t do as I do, but take my experiences and hope that it will give you a better platform. I have very educating things to say, so that people can embark on something new.” Apollo told Radar that he hoped his experiences could inspire young people to choose a different path.

Life is currently good for Apollo. “We have a lot of good stuff to talk about! Everything doesn’t have to be negative. Right now, I’m working on a three-part project on a new fitness series to compete with P90x and Insanity. I’m about to launch the pre-natal video for pregnant women. I’m working on a distribution deal. Working on Phine Dining. It’s a lot. We’re doing monthly subscriptions to the site. I have a lot of positive things out there to talk about.”

Well there you have it, Apollo is looking at the bright side of life, and working on future projects. What are your thoughts? Post your comments below.