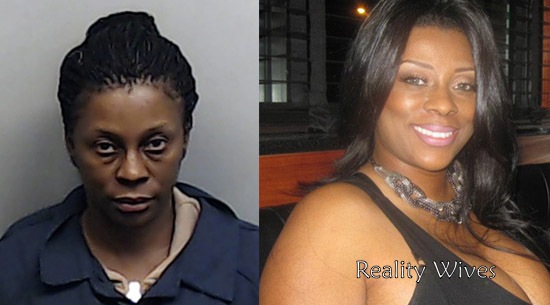 St. Julien worked with Nida from 2009 until 2013. The federal government filed a complaint charging him of the same two charges as St. Julien.

During her time working with Nida, she opened several fake bank accounts to launder money obtained fraudulently, the complaint alleged. A sampling of accounts listed in the complaint totaled about $3 million.

St. Julien “described herself as NIDA’s ‘right hand b****’ in executing the legwork of his fraud schemes,” Herrera wrote. She told him she received “scraps” compared to how much he pocketed.

Nida would allegedly steal real people’s identities and have St. Julien pretend to be them to open bank accounts. She would then deposit fraudulent auto loan checks, stolen U.S. Treasury checks, stolen retirement checks issued to Delta Airlines employees, and checks in the names of real people that were owed unclaimed property from various state and federal government agencies, according to the criminal complaint.

He also opened a fake auto dealership (such as Ferrari Autohaus) and apply for auto loans in the names of stolen identities. After the arrest, the agents had St. Julien tape record conversations with Nida in which he explained many of his schemes. At one point, they obtained a federal search warrant of Nida’s vehicle and seized evidence, including a bank debit card in the name of Ferrari Autohaus Inc., cell phones and a laptop computer.

The U.S. District Judge Gerrilyn G. Brill released Nida on a $25,000 pretrial bond. Apollo is currently on parole in the state of Georgia. Identity fraud is a felony in Georgia punishable by one to ten years in prison, a fine up to $100,000, or both. If the conviction is a second or subsequent offense, the required sentence is three to 15 years, a fine up to $250,000, or both.

How long can Apollo go to prison or be fined?

You’re up next next Apollo … What are your thoughts? Post your comments below.