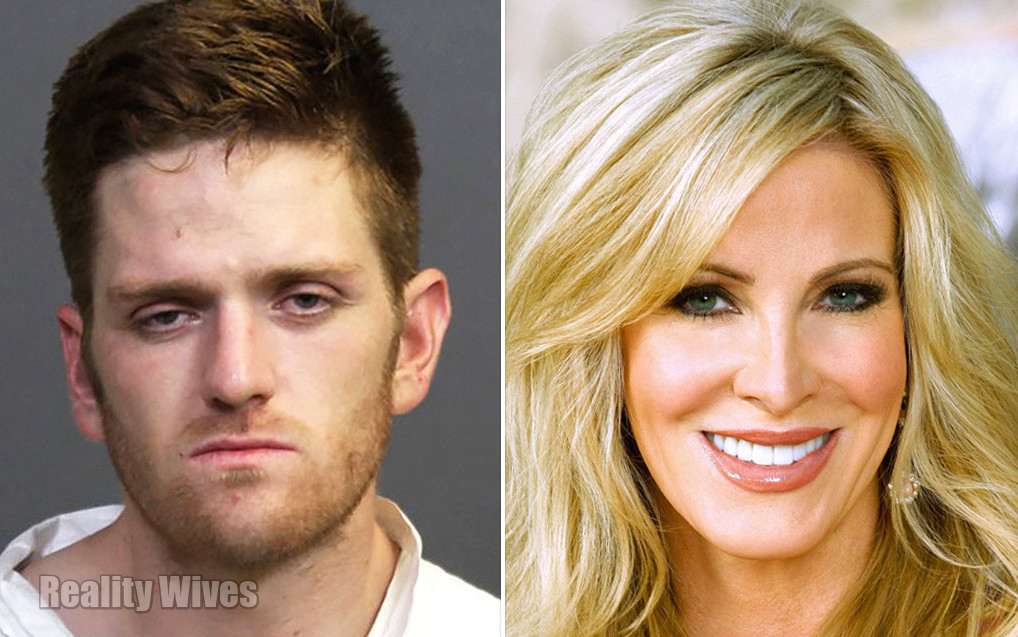 Attempted murder charges were dropped but immediately refiled on Friday against former Real Housewives Of Orange County, Lauri Peterson’s troubled son, Joshua Waring, after it was determined his right to a speedy preliminary hearing was violated.

Joshua, 28, is again facing three counts of attempted murder for allegedly shooting and wounding a man in Costa Mesa in June 2016 and then leading police on a chase.

Two other people, a man and a woman, who were standing nearby but were fortunately not hit, prompting prosecutors to file the two additional attempted-murder charges.

His public defender repeatedly requested delays for the preliminary hearing over Joshua’s objections, and a judge initially denied his requests to represent himself.

Joshua was appointed a new lawyer, Joel Garson, who filed a request to have the charges dropped over a violation of his civil rights. Prosecutors did not contest the motion and immediately refiled the case after a judge agreed to dismiss the charges.

He remained in custody in lieu of $1 million bail and has racked up even more charges while in the Orange County Jail.

According to court records, Waring was in possession of “pruno,” an alcoholic drink made from fermented fruit, ketchup, sugar, bread and other ingredients.

Joshua is now facing a dozen felonies and misdemeanors including attempted murder, battery and assault for the alleged June 2016 incident.

He is accused of shooting a 35-year-old man in the lower torso on the 2900 block of Babb Street in Costa Mesa and then fleeing in a BMW. He led police on a chase, at one point getting into a traffic accident, authorities said, and then took off on foot before surrendering in a Santa Ana store.

Lauri was one of the original Real Housewives of Orange County, in 2006. She legally adopted his daughter, Kennedy Warring, 5, who he shares with his estranged wife, Hannah Waring, due to their drug addictions. Three years later, after her son’s legal and drug troubles surfaced, and because of a desire for privacy, she bowed out.