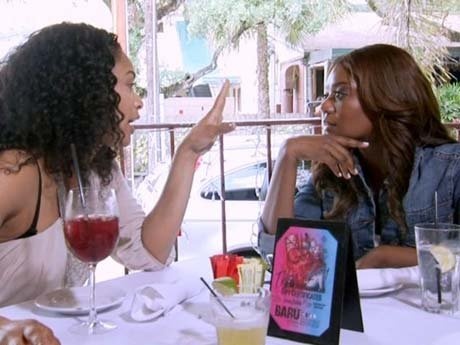 Meeka Claxton claims her co-star Tami Roman beat her to a pulp in an Italian nightclub recently & has filed a lawsuit against Tami. Meeka is seeking punitive damages.

To my twitter fam: I was unaware of this pending lawsuit until getting word from my publicist, to which I have no comment.

Basketball Wives: Evelyn Lozada Tells Why Her Family Is Still Living In Projects But She Is “Well Off”

Basketball Wives: Evelyn Lozada Tells Why Her Family Is Still Living In Projects But She Is “Well Off”