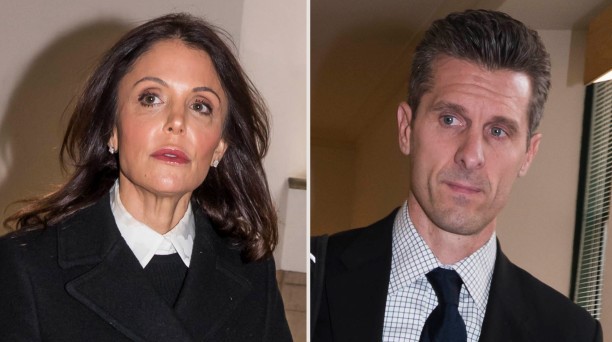 ‘RHONY’ star told doctor it was an ‘innocent mistake’ and would ‘not happen again.’

After a day of “abuse” accusations and tears, Real Housewives Of New York star Bethenny Frankel and Jason Hoppy reconvened in New York court this morning in their bitter custody war over their daughter Bryn, 8.

Dr Mosseri, who told the court he helped the exes co-parent from 2014 to 2015, said they could never agree in the “high-conflict” case, though Bethenny, 48, appeared to be willing to compromise more often than Jason.

The doctor also revealed that Jason was extremely concerned about Bryn’s exposure to the public — and her mother’s boyfriends.

“Mr. Hoppy has a concern that Frankel would do the same thing that her mother did to her. The boyfriend that she had at the time was residing with her at her new residence, and I didn’t see it as a huge problem at the time. But there was one time her boyfriend was getting out of the shower within Bryn’s vicinity. And I spoke to the mother about it, and she said that it was an innocent mistake, and she will make sure that it wouldn’t happen again,” Dr Mosseri said of the star, who had a notoriously difficult childhood.

She then dated Dennis Shields on and off from 2016 until his overdose death last summer, and is now getting serious with Boston-based businessman Paul Bernon, who attended today and yesterday’s court hearing in support.

Dr Mosseri admitted Bethenny could be “controlling” in the co-parenting crisis, but called Jason “extremely angry” and claimed he saw things in “black and white.”

“Mr. Hoppy didn’t have it in him to find the middle for the sake of the child,” the doctor told the court.

In court the day prior, Frankel claimed Hoppy enjoyed “taunting” her in FaceTime calls, while Jason’s lawyer said she threw water on him during a fight.

Jason was arrested for allegedly stalking and harassing Bethenny in 2017, though the case was ultimately dropped.

Since their 2012 split, the star has been bitterly battling her ex-husband over finances, co-parenting and other issues.

Apollo Nida, Phaedra Parks Ex-Husband Is Getting Out of Prison One Year Early