“You can accomplish anything if you, in your gut, know that it’s really possible. You go and you get it because, you can be a visionary and not even know it.” – Bethenny Frankel to E!

Los Angeles, September 14, 2011 – When audiences were first introduced to straight-shooting and single Bethenny Frankel on a new reality series about housewives in the Big Apple, no one suspected the mogul this woman would become. In the all-new one hour “THS: Bethenny Frankel,” E! reveals how a skinny girl from a broken home became New York’s most outspoken and respected housewife. In addition to being a reality TV star on a hugely popular franchise, Frankel’s resume also includes New York Times best selling author, renowned chef, business mogul, nutrition guru, and dedicated mother. In an exclusive sit-down interview with THS, Frankel takes E! on the emotional rollercoaster that is her life. 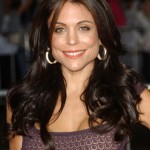