Blac Chyna and former friend Heather Sanders got into a very entertaining Snapchat fight this weekend. The argument went viral.

The argument started when last night when Heather posted SnapChat videos with the father of her baby, Trell, who is also a friend of Blac Chyna’s ex-fiance, Tyga.

The first video Heather stated, “we can always go get our hairline done”.

Many thought the comment was directed to Blac Chyna, but it could also be directed to Tyga, his hairline has moved to the upper east side in recent years. Some thought it was because both Blac Chyna and Heather both dated Trell. It is also rumored that Heather dated Lil’ Wayne.

Then the tomfoolery began. Watch below.

Whatever the real reason for their problems, we’re sure we haven’t heard the last of it. It’s embarrassing all around, these women have children and are supposed to be mature, they’re not teenagers. 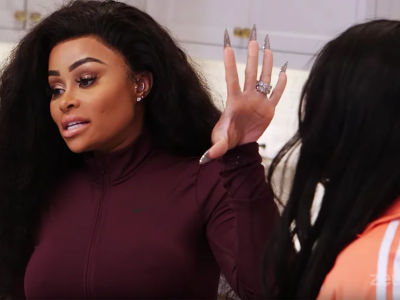