Blac Chyna’s mother Miss Toni, decided to defend her daughter after hearing about Kim Nyguyen’s, who is Tyga’s grandmother, and her interview where she commented about Blac Chyna and the Jennner, Kardashian clan being a better family that Chyna’s. She posted a series of videos and instagram posts but since deleted them after Tyga left her message stating that his grandmother could barely speak English. So who gave the interview? Kris Jenner?

“They are talking Kylie comes from a Better family… how? Her parents are divorced, her dad wants to be a woman while her mom is out here messing with some young black dude with birthing hips. Her sister has 3 kids out of wedlock by a guy who has a drinking problem. Her other sister is married to a crack head while dating a rapper she stole from a former friend (Trina). She’s 17 and has already had lip injections. Her older sister got famous from a sextape. They Are No Better Than Anybody.” 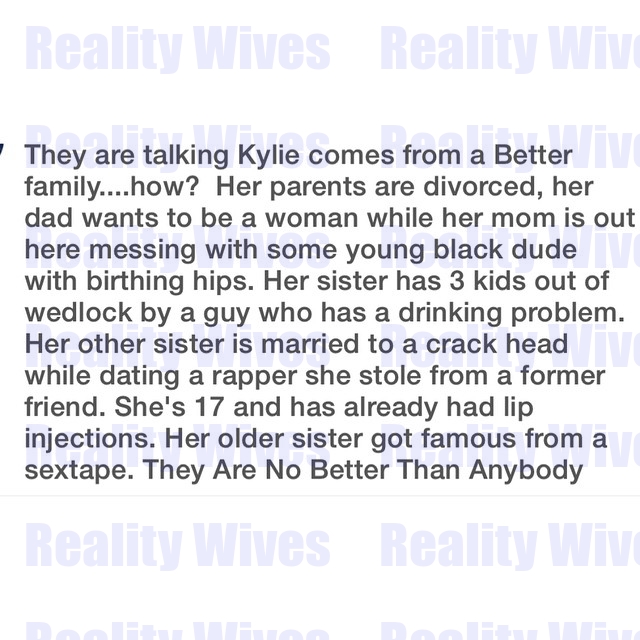 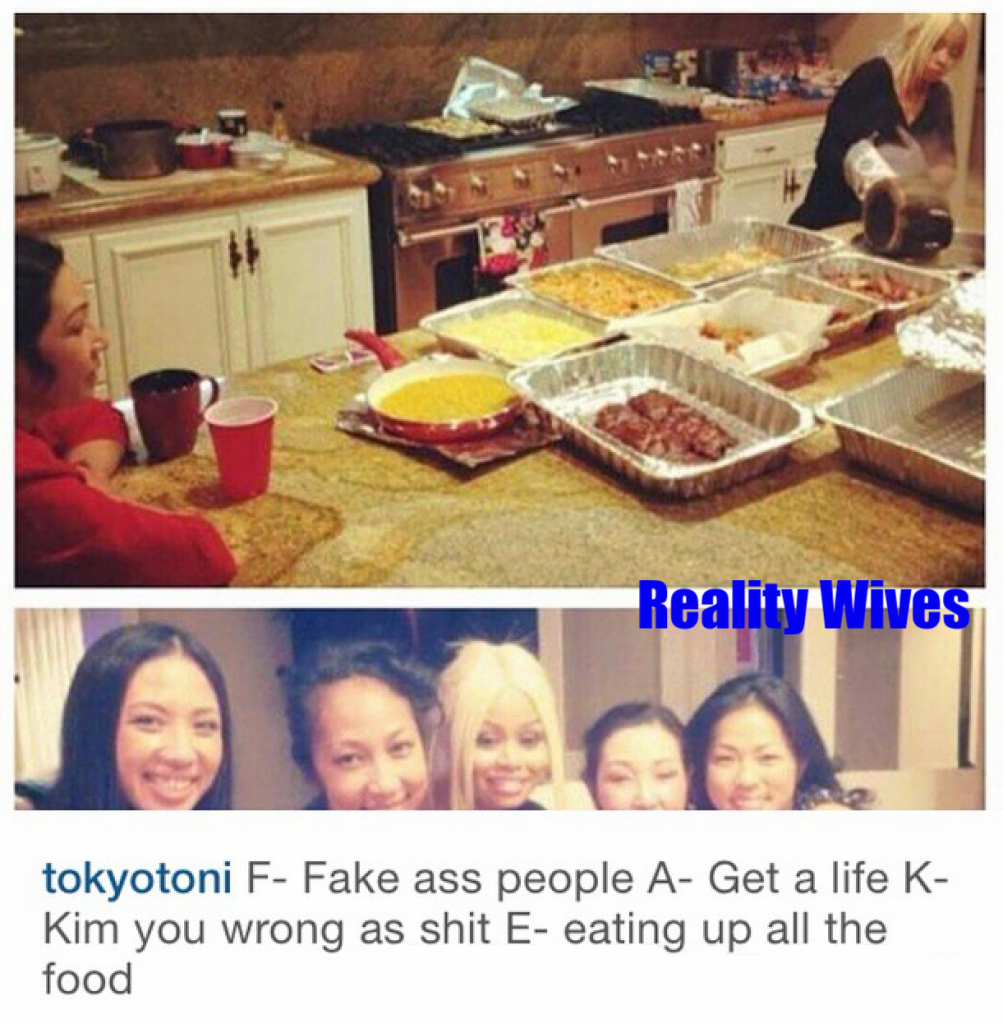 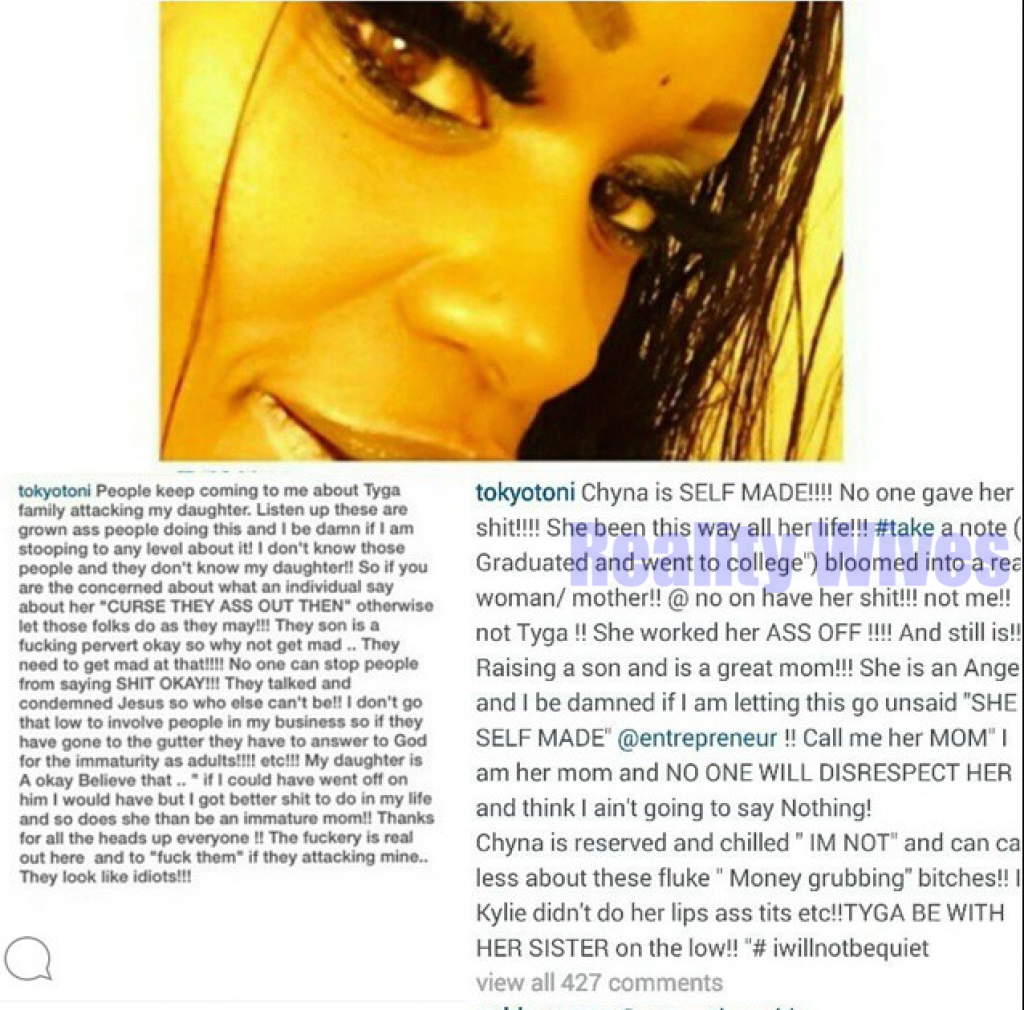 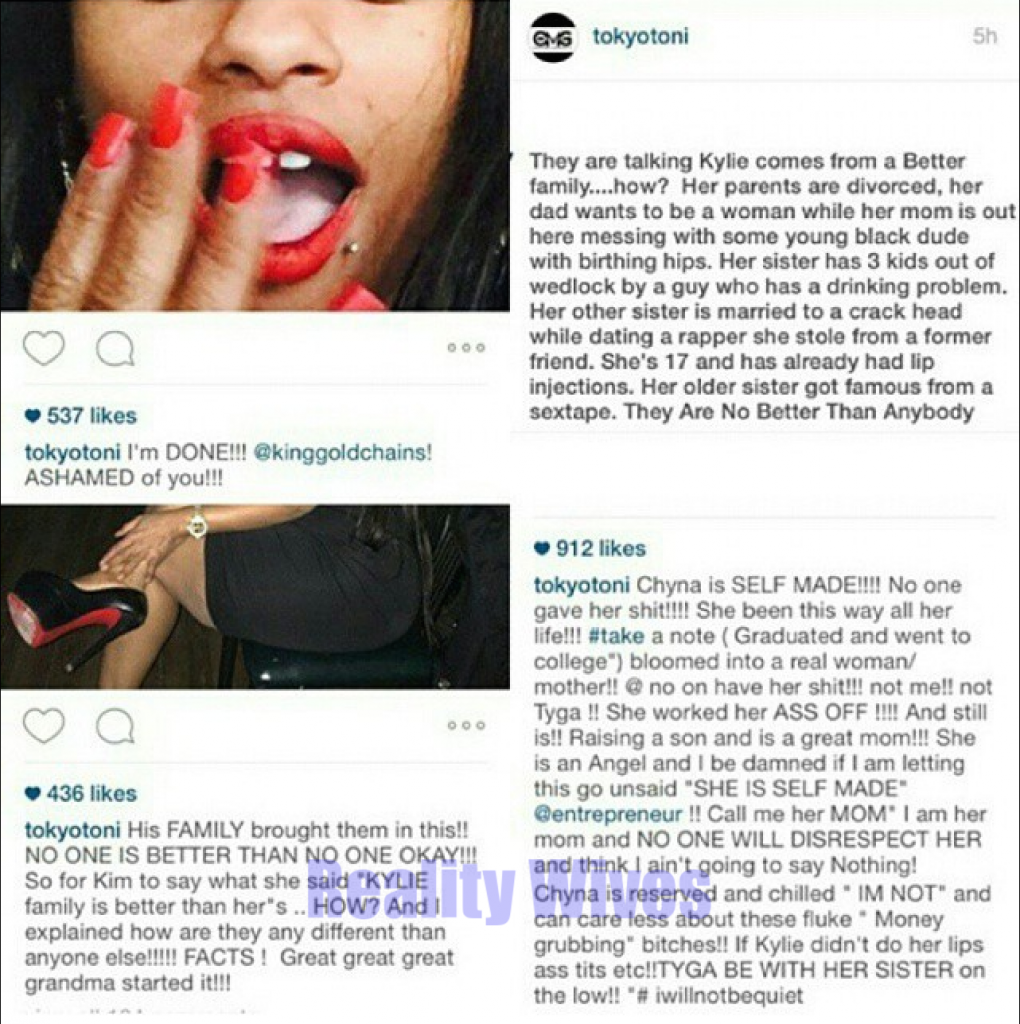 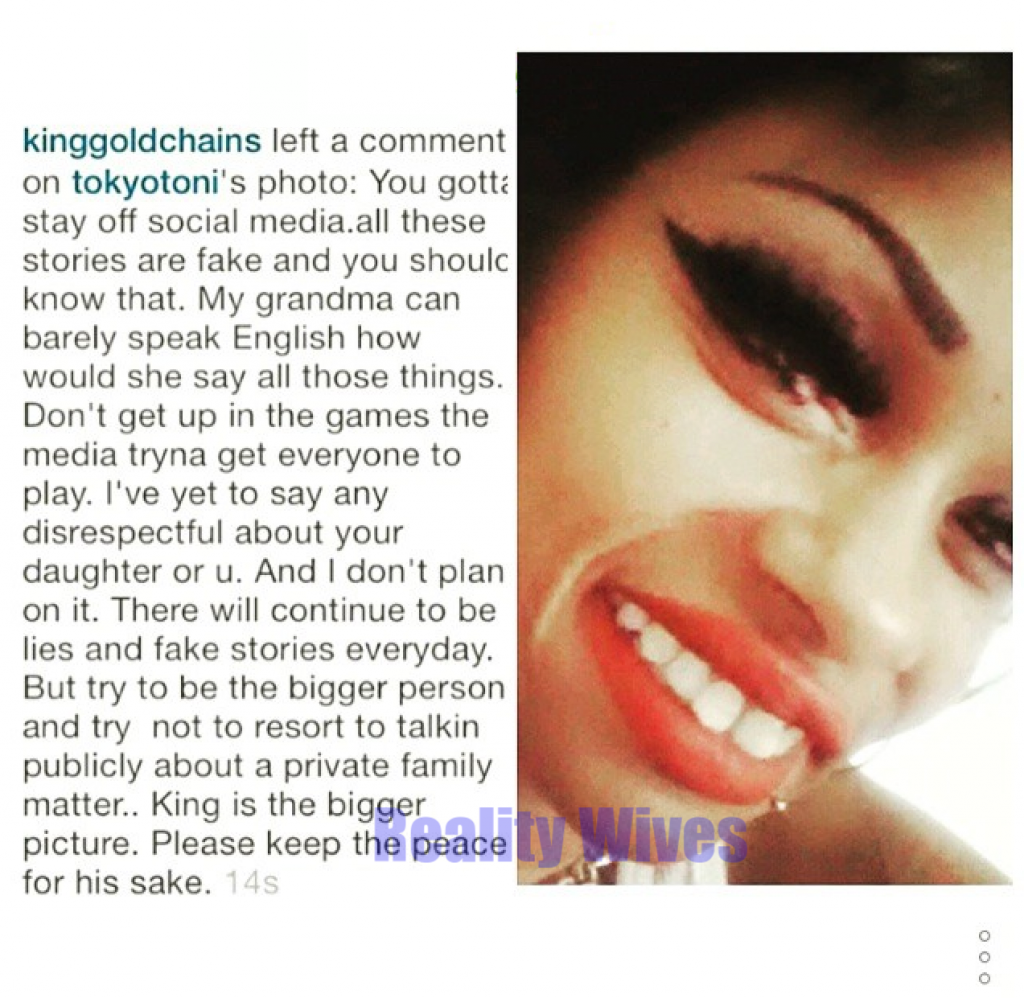 Blac Chyna To Fight For Full Custody Of Son, As Tyga Is Dating A Minor