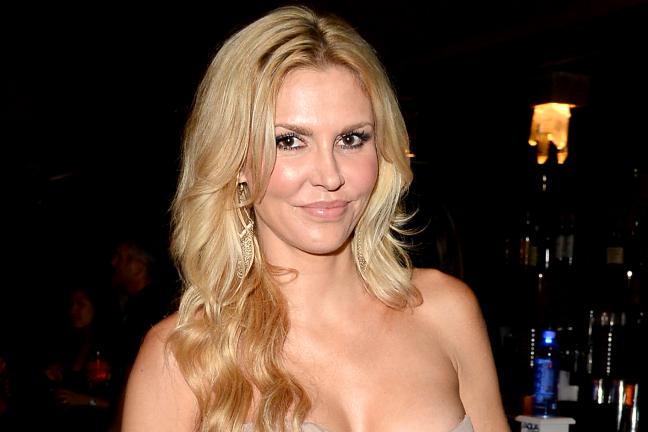 Brandi Glanville, 41, has recently moved home due to her not being able to afford the rent.

This week, the Real Housewives of Beverly Hills posted on Twitter, as one normally does, to inform her fans:

“Moving out! Not sure where were going but we are in good hands with @MeatheadMovers. 371 the estimated times I said f**k or f**ker today while packing-moving.”

She then tweeted, “Interesting what friends give me a hard time when we are stressed out and homeless.”

Brandi moved out of her home because she had an issue with her landlord, a source told Radar Online. “He wanted more money.”

On Friday, Brandi, herself, confirmed that it was because of her landlord. She tweeted, “Came home from NYC to a year long home lease that was up and a shady land “lord”double charging me for 2 wks rent soooo I said #gof**kurself.”

Brandi is currently in a new Beverly Hills home that she calls “our summertime digs” – that she’s renting until she finds a new home. Brandi has revealed her monetary struggles in the past and even had a very public dispute with her ex-husband Eddie Cibrian over paying for child support.

“She’s renting a different furnished place until she finds something more permanent,” added the source.

More in Real Housewives Of Beverly Hills (375 of 790 articles)