Jessica Mulroney, a Canadian fashion stylist, and close friend of Meghan, Duchess Of Sussex, has been fired from her Canadian TV gig on CTV after influencer Sasha Exeter dubbed her an “Amy Cooper.”

Sasha posted a video to tell her story of online bullying at the hands of Jessica.

Sasha posted an Instagram message asking her followers to “use their voice for good and help combat the race war and what’s happening to the Black community.”  She did not mention anyone by name.

Sasha explained, “Unfortunately though, one very prominent Canadian figure, who used to be an acquaintance of mine, named Jessica Mulroney, took offense to a very generic call to action that I shared to my IG Stories. And what happened next was a series of very problematic behavior and antics that ultimately resulted in her sending me a threat in writing last Wednesday, June 3.”

“Listen, I’m by no means calling Jess a racist, but what I will say is this: she is very well aware of her wealth, her perceived power and privilege because of the color of her skin.”

Sasha said she’s upset Jessica never wanted to use her voice to support the Black Lives Matter movement, when she’s typically very vocal about other causes. She also doesn’t get why Jessica wouldn’t want to use her platform to spread the word about Black Lives Matter when her best friend, the Duchess of Sussex is arguably one of the most famous Black women in the world.

Sasha also said she is disappointed that Jessica wrongly assumed her original post was aimed directly at her. She said, “Maybe this is possibly her showing her guilt for her lack of action and because of that she began to lash out at me.”

Jessica told Sasha, “I have also spoken to companies and people about the way you have treated me unfairly. You think your voice matters. Well, it only matters if you express it with kindness and without shaming people who are simply trying to learn. Good luck.”

“For her to threaten me a single mom, a single Black mom during a racial pandemic blows my mind,” she stated.

Sasha asked, “How can you be about the Black people and be a supporter and be about female empowerment on the outside, when you’re attempting to silence a Black woman during this movement behind closed doors? It just seems very contradictory to me.”

Jessica posted an apology on the video post: @sashaexeter, you are right when you say ‘this s–t needs to stop’. As leaders, we need to join hands and call out wrongs. I know we have different experiences. And that is something that, even in the course of a heated argument, I need to acknowledge and understand. I am unequivocally sorry for not doing that with you, and for any hurt I caused. As I told you privately, I have lived a very public and personal experience with my closest friend where race was front and centre. It was deeply educational. I learned a lot from that. I promise to continue to learn and listen on how I can use my privilege to elevate and support Black voices.”

Then Jessica sent Sasha a DM threatening her with a “liable” suit.

Sasha revealed this on her IG stories 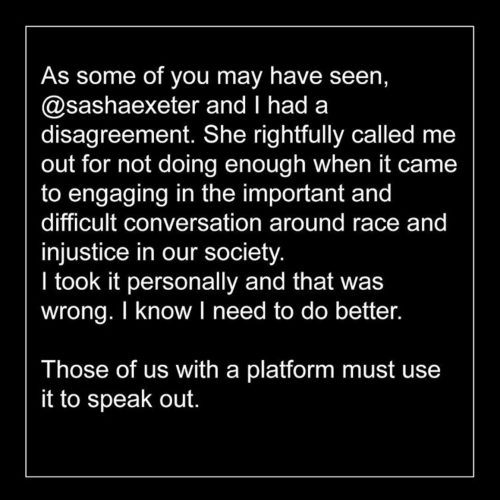 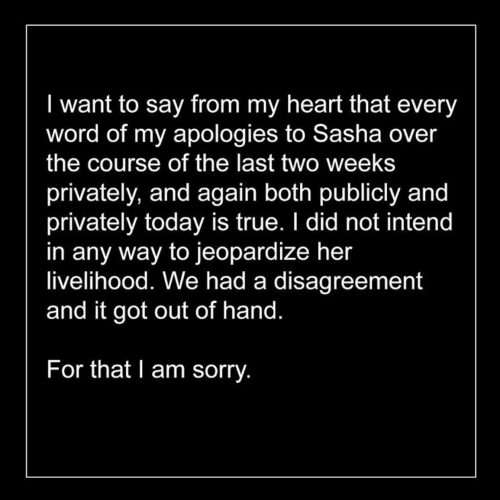 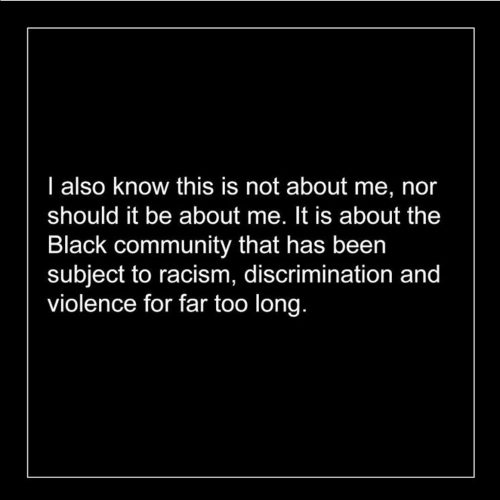 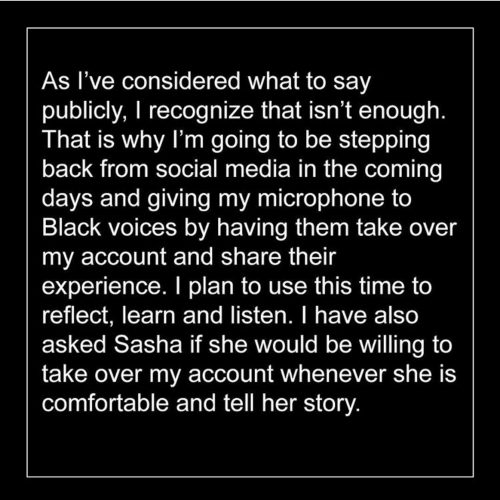 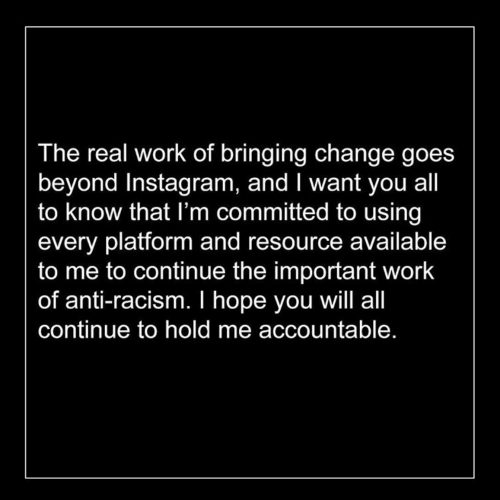 Since then CTV, announced they will no longer be airing Mulroney’s reality show I Do, Redo on their channels and platforms effective immediately, as her alleged actions conflicts with their “commitment to diversity and equality.”

Good Morning America cut ties with her, she had an occasional role as a fashion contributor.

The Bay also released a statement announcing that Mulroney would no longer be the face of Kleinfeld Canada.

“Over the past week Hudson’s Bay has committed to do better. We are taking stock of how we do business, including who we work with, to ensure we are contributing to the change the world needs now. As we move forward, our leadership, associates and ambassadors must reflect our brand values of inclusivity, equality and respect for all. We will not tolerate anything less.”