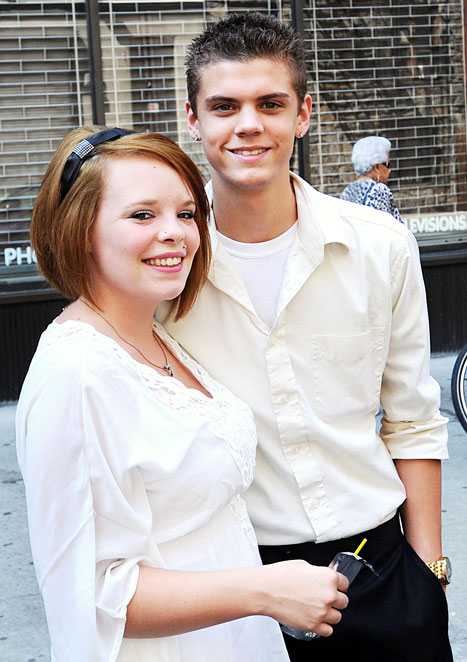 Catelynn Lowell and Tyler Baltierra won over fans’ hearts when they appeared on MTV’s original cast of “16 & Pregnant” and “Teen Mom.” The couple bravely gave their daughter, Carly, up for adoption after coming to the conclusion that they wanted her to have a life they couldn’t give her. They wanted to give her the chance to grow up in a strong family unit; something neither Catelynn or Tyler had growing up. Last month, the reality stars confirmed that they were ready to have another baby and that they were actively trying. This weekend, Catelynn’s family members posted multiple statuses confirming that she is currently pregnant. Catelynn’s brother, River Lowell made a status saying “Catelynn is pregnant” and tagged her personal Facebook page in the status. Following suit, Catelynn’s mother April Stotts said that she was excited to “be a grandma again.” Catelynn and Tyler have not commented publicly yet on the claims but Catelynn tweeted: “Thinking of my daughter A Lot!… I wish she could be here to share the joy of today with me.” 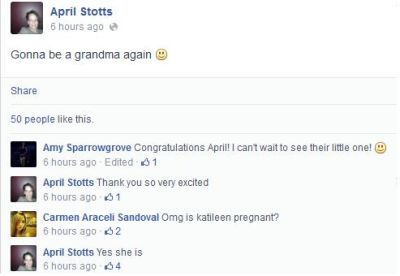 Catelynn and Tyler originally had a wedding planned for July 23rd, 2013 but called it off after appearing on VH1’s Couples Therapy. Through therapy, Tyler revealed that he wasn’t ready for the commitment yet. Following filming, Tyler proposed to Catelynn again and the pair are planning their wedding. Congratulations! What are your thoughts? Post your comments below.