Chad Head-Butt’s His Wife Of One Month! 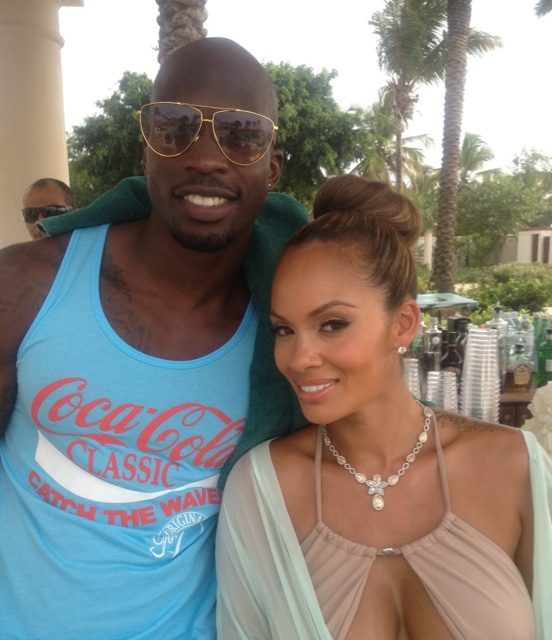 It is being reported that, Miami Dolphins wide receiver Chad Johnson, formerly known as Ochocinco, was arrested Saturday after Davie police said he head-butted his wife Evelyn Lozada Johnson, of less than two months. WHAT?!

Davie police told local news the two were on their way home from dinner when his wife found a receipt for a box of condoms in the car. A fight ensued and escalated when they got to their Davie home. Once in the driveway, Evelyn Lozada said Johnson head-butted her. She had visible lacerations on her forehead. Johnson told police she leaned forward and they hit heads accidentally, police said.

Johnson was arrested for domestic violence- simple battery. He was in Davie police custody Saturday night but was expected to be transferred to the Broward County Jail before midnight.

Johnson cannot be granted bond until he appears before a judge, which means he will most likely spend the night in jail, Davie police said.

Say it ain’t so! Let’s hope this is simply a misunderstanding. Although I’m not sure how unclear a head-butt is. Have mercy.