via Deadline: A beloved TV character is coming back. NBC has given a 13-episode series order to a new Dick Wolf crime drama series starring Christopher Meloni reprising his Law & Order: SVU role as Elliot Stabler. The SVU spinoff drama, which marks the actor’s return to Wolf World, revolves around the NYPD organized crime unit led by Stabler (Meloni). It is the first show to come out of the massive new five-year, nine-figure, multi-platform deal Wolf signed with Universal Television last month, which includes multiple series commitments.

The new series, which could be branded as part of the Law & Order franchise, is executive produced by Wolf, Arthur W. Forney and Peter Jankowski for Wolf Entertainment and Universal TV, a division of NBCUniversal Content Studios. I hear former Chicago P.D showrunner Matt Olmstead is being eyed as writer-showrunner.

Like Law & Order: SVU, headlined by Mariska Hargitay as Olivia Benson, the new drama is set in New York, allowing for potential seamless crossovers with SVU, set at another NYPD unit, and for Benson-Stabler reunions.

With their undeniable on-screen chemistry and great rapport on and off the set, Hargitay and Meloni were one of television’s most popular duos for over a decade.

Meloni was the male lead opposite Hargitay for SVU‘s first 12 seasons, with their characters partners and best friends. Stabler is an Irish American who, during the time he was featured on SVU, was married (his wife Kathy was played by Isabel Gillies) with five children. The role earned Meloni a lead actor in a drama series Emmy nomination in 2006.

Following Meloni’s exit after Season 12, his character was written off, with Stabler abruptly retiring from the police force.

Since departing SVU in 2011, Meloni headlined the Syfy series Happy! and Fox comedy series Surviving Jack, starred on the praised WGA America series Underground, and did memorable arcs on True Blood and The Handmaid’s Tale.

During his almost nine years away from SVU, Meloni remained close with Hargitay and the Wolf family. In January, the former co-stars appeared together, alongside Wolf, in The Paley Center Salutes Law & Order: SVU TV special on NBC. It was around that time I first heard chatter of a potential new Wolf series with Meloni. Formal conversations started soon thereafter.

Meloni is repped by Gersh and Industry Entertainment.

On NBC, the new series will join the four existing Dick Wolf series, SVU and the three Chicago dramas, all of which received massive three-year renewals last month as part of Wolf’s new pact. The network also has been developing a Law & Order: Hate Crimes offshoot series.

Are you exciting for Stabler to return to your TV screens? 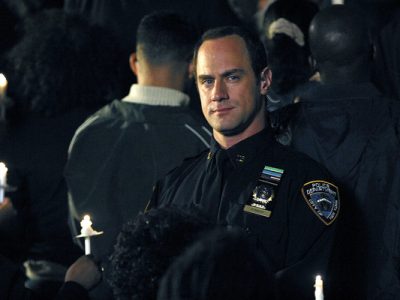 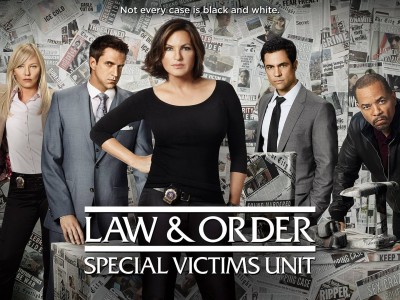