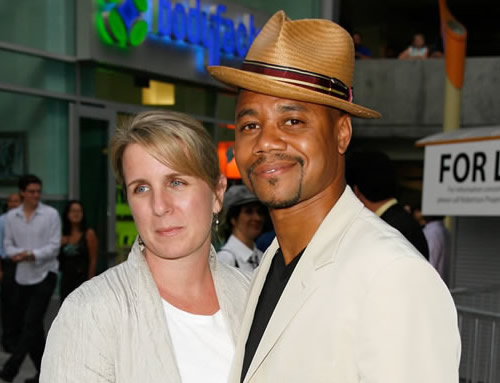 Sarah Kapfer Gooding has filed for separation from husband Cuba Gooding Jr, after 20 years of marriage, according to TMZ.

Sara filed today in L.A. County Superior Court, citing irreconcilable differences. Sara and Cuba were high school sweethearts and were married in 1994. They have 3 children, Spencer, 19, Mason, 17, and Piper, 8. Sara wants joint legal and physical custody. According to the documents, child support will be determined later.

Cuba appeared on The View and was vocal about his love and admiration for his wife in August 2013: “I got a wonderful lady that knows how to run the household even when I’m not there. [And] we’re just blessed with wonderful kids.”

This is sad. What are your thoughts? Post your comments below.