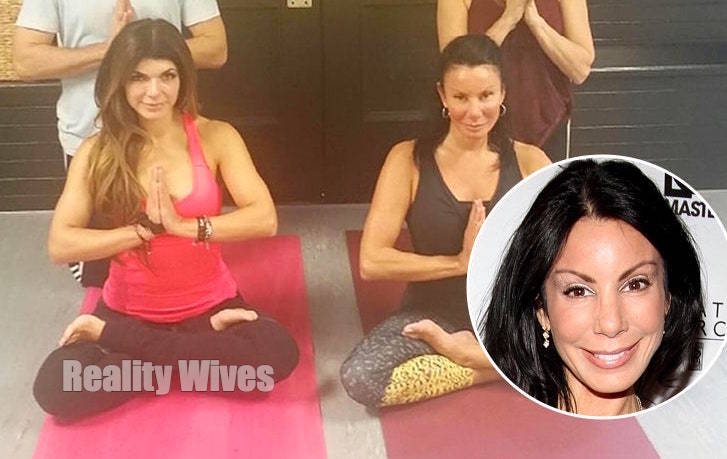 Danielle Staub, an original cast member on the Real Housewives Of New Jersey, will return for the upcoming season eight of the series.

It’s not yet known if she will be an official housewife or a guest as yet. Filming has not started yet, but she will be on camera after meeting with Teresa Giudice at yoga class. Yes, the same woman who rocked a table called Danielle a, “prostitution whore.”

Teresa said, “So I reached out to her on Twitter and she responded. I asked her if she was into yoga and she said of course, so I said, ‘Let’s take a yoga class together.’ So we did. Like I said, I’ve never had a problem with her, I would love for her to come back. My thing is, I said what I had to say and that was it. It never went beyond that.”

Teresa will return with her sister-in-law Melissa Gorga along with Siggy Flicker and Dolores Catania.