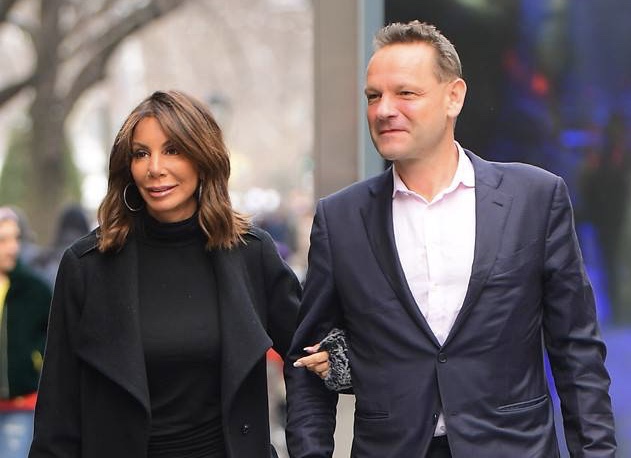 Danielle Staub’s quick rebound engagement with the ‘Duke Of Provence’, Oliver Maier has come to an end. The Real Housewives Of New Jersey star and the businessman have called it quits after postponing their wedding.

The 56-year-old reality star was set to marry Oliver at the Justice of the Peace in New York City on Monday 4th March. However the twosome are no longer planning to exchange vows after dating for only six weeks.

A second source claims that the former couple went shopping for an engagement ring over the weekend, but Oliver ultimately did not purchase one for Danielle even though she showed it off online. Ok.

We broke news of Danielle’s engagement to Oliver On Thursday, February 28. “I am really looking forward to making a new life for myself with Oliver and putting my life on a positive and productive path. This is a new beginning for me and I am excited to see all that it brings.”

Danielle’s split from Oliver comes less than two weeks after her divorce from ex-husband Marty Caffrey was finalized following their tumultuous relationship. The former spouses, who wed in front of Bravo cameras in the Bahamas in May 2018, called it quits in September after four months of marriage. Their divorce was finalized on February 21.