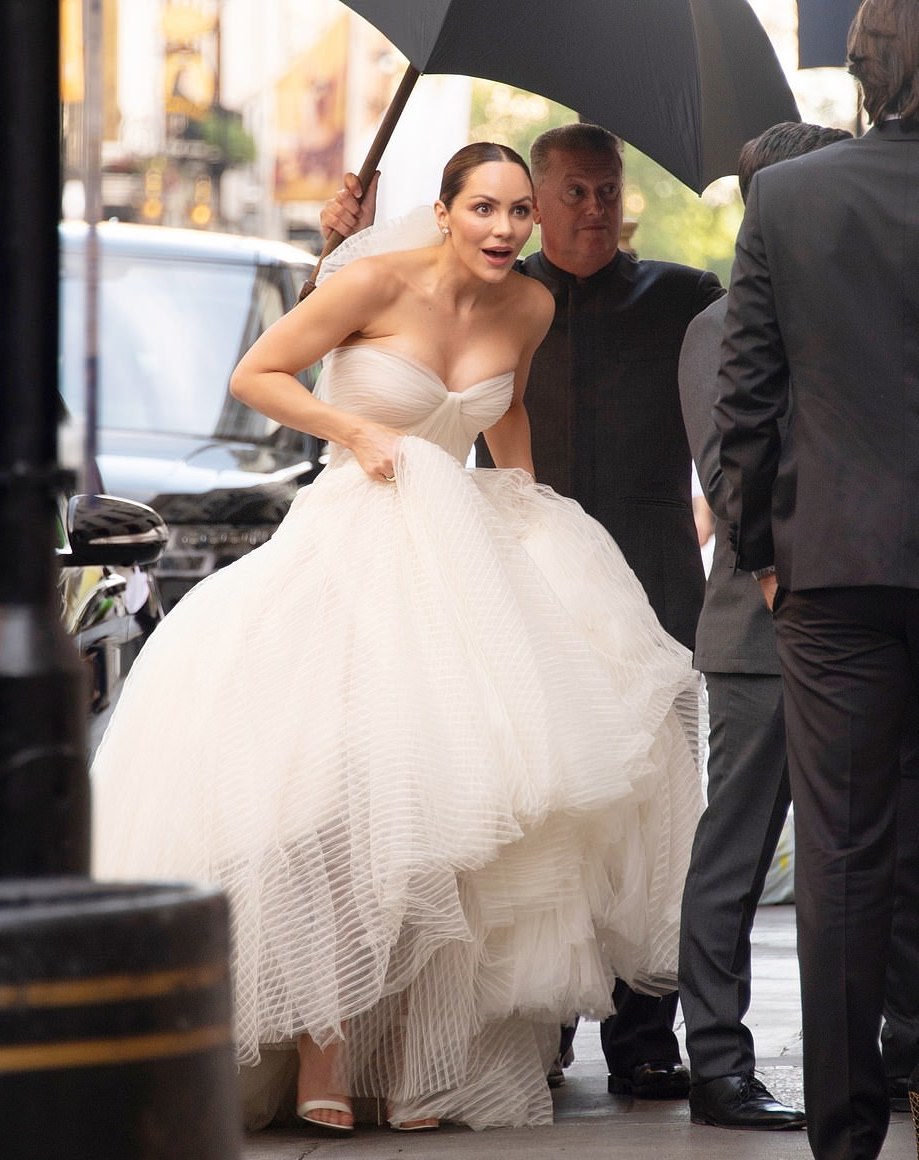 Katharine McPhee and David Foster are now man and wife.

The couple got married on Friday, nearly a year after David proposed in Anacapri, Italy, in July 2018.

Katharine, 35, and David, 69, got married in London at the Church of Saint Yeghiche in South Kensington, where the bride wore a wedding gown by Zac Posen and the groom wore a tuxedo by Stefano Ricci. 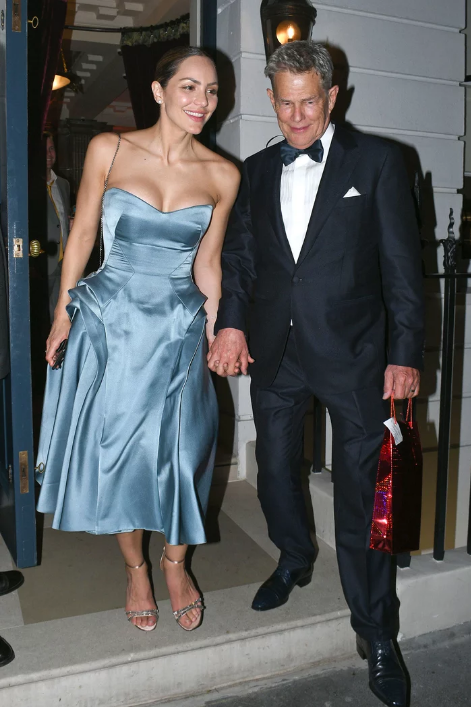 Later in the day, they were spotted leaving their wedding reception in Mayfair on Friday night

Around 150 guests including Zac, as well as close family and friends, were in attendance. All of David’s offspring attended including eldest daughter Amy, who recently revealed she was diagnosed with breast cancer and will undergo a double mastectomy operation.

In October 2013 she was photographed publicly kissing her married Smash director, Michael Morris. Morris was then and still is married to actress Mary McCormack and father of three daughters.

David has been married four times previously and has five daughters and seven grandchildren (4 girls, 3 boys). His first child, Allison Jones Foster (b. 1970), was born when David was 20. He placed her for adoption and reconnected with her when she was 30. His first marriage was to singer/writer B.J. Cook, who already had a daughter, Tamre Winger. B.J and David had one daughter together, Amy S. Foster (b. 1973) a songwriter and author.

He married his third wife, actress Linda Thompson, in 1991. The two became a songwriting team, collaborating on several songs, including “I Have Nothing“, performed by Whitney Houston in The Bodyguard (1992), and “Grown-Up Christmas List”. They divorced in 2005. David was stepfather to Brody Jenner and Brandon Jenner (Linda’s sons with Bruce ‘Caitlyn’ Jenner), who both grew up living in his Malibu home. Both Jenner boys did a short-lived TV reality show called The Princes of Malibu at David and Linda’s home, starring themselves, Linda and David.

David married his fourth wife, Dutch model former Real Housewives Of Beverly Hills star Yolanda Hadid in Beverly Hills, California on the 11th November, 2011. David had three stepchildren from Yolanda’s previous marriage to Mohamed Hadid: two daughters and one son, Jelena “Gigi” Noura (b. 1995), Isabella “Bella” Khair (b. 1996), and Anwar Hadid (b. 1999). On December 1, 2015, David announced that after four years of marriage and nine years together, he and Yolanda had made the decision to divorce. The divorce was finalized in May 2017.

Katharine has changed her name to Katharine Foster.

More in Celebrities, Real Housewives Of Beverly Hills (132 of 3181 articles)