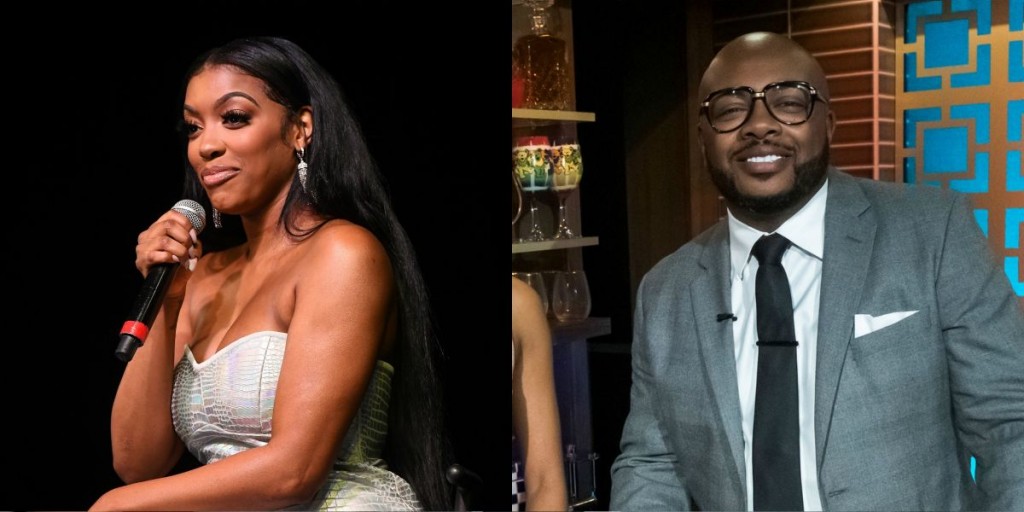 Dennis McKinley claims he was racially profiled and injured in bizarre incident.

Porsha Williams‘ baby daddy Dennis McKinley has claimed that a cop roughly handcuffed and injured him after he was “falsely accused” of stealing a $4 sandwich.

“Yesterday I was accosted by a super aggressive Emory police officer #BethWalsh badge #215 who racially profiled me and falsely accused me of stealing a $4 sandwich. I had a receipt which could have easily ended her inquiry. There was a cashier that could have easily verified that I paid for everything I had.”

“There were a number of easy resolutions that could have deescalated the unnecessary racial profiling and my detention by this officer. Instead, this Emory police officer chose to abuse her power. She chose aggression over common sense. She put her hands on her weapon, she put her hands on me, she publicly humiliated me, falsely and wrongfully accused me of stealing a sandwich and placed me in handcuffs so tight that she caused injuries to both of my wrists.”>

“I was profiled. She was wrong. No apology.”

“Just more vitriol – she blamed me for the entire situation. It was disgusting. I could have been the next hashtag because she was that aggressive. I went to see my doctor for a routine dr visit at @emoryhealthcare Emory hospital.”

“Stopped to grab a sandwich. And this is what happened. It happens to us everywhere, at any time, for any reason. I can’t let this go.

“This is not ok. I’ve retained counsel @miketsterling and @dreyer_sterling_llc.”

“Now, we can add going to the doctor or buying a sandwhich while black to the list of things we cannot do.”

He ended the post tagging all involved with sad hashtags. 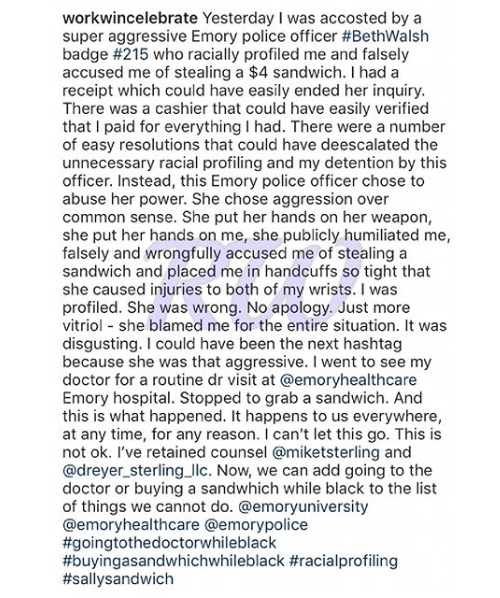 More in Real Housewives Of Atlanta, Reality Television (140 of 3036 articles)