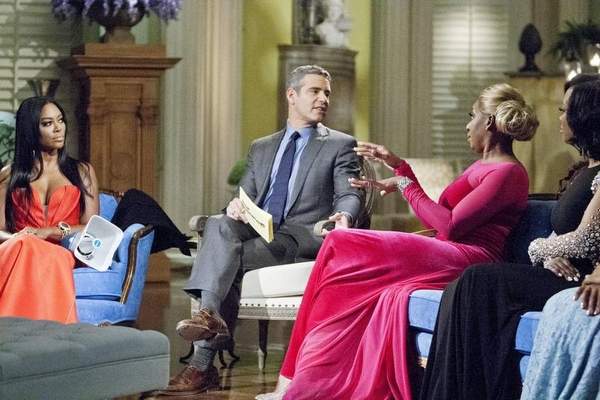 Granted Nene stated, when Kenya made her donation she would match it. So we are waiting on Kenya …

via Freep:
Two stars of “The Real Housewives of Atlanta” each pledged on Sunday night’s episode — which was taped March 27 — to donate $20,000 to the Detroit Public Schools Foundation.

Have they paid up?

“The Detroit Public Schools Foundation is gratified to learn that two members of the cast of ‘(The) Real Housewives of Atlanta’ have pledged support to us for the benefit of DPS students,” Price said Monday. “We look forward to official notification of this gift.”

During part three of a sixth-season reunion of the Bravo TV show, NeNe Leakes challenged fellow cast member Kenya Moore to donate $20,000 to a charity. The comments came during a heated exchange between the two about Leakes’ behavior at a charitable event that Moore organized.

“Since you felt that I behaved so badly at your charity event, I will do this for you,” Leakes said. “Let’s put our differences aside for a day of charity. You pick the charity of your choice. I will donate $20,000, and you match me. You donate 20 (thousand) along with me. How about that? 20K. You ready? Name the charity, and let’s go.”

E-mail messages to representatives for Leakes and Moore were not immediately returned. The Free Press has reached out to both women via social media. The network has not commented on the matter.

As of late Monday afternoon, the foundation had not been contacted about the donation by Moore or Leakes or their representatives, or anyone from the show, said Yesenia Roman-Murphy, the foundation’s administrative coordinator.

Does Kenya even have $20? #RHOA #RHOAReunion