Evelyn Lozada was so afraid of her husband, Chad Johnson, during last night’s alleged altercation, she had to flee to a neighbor’s house 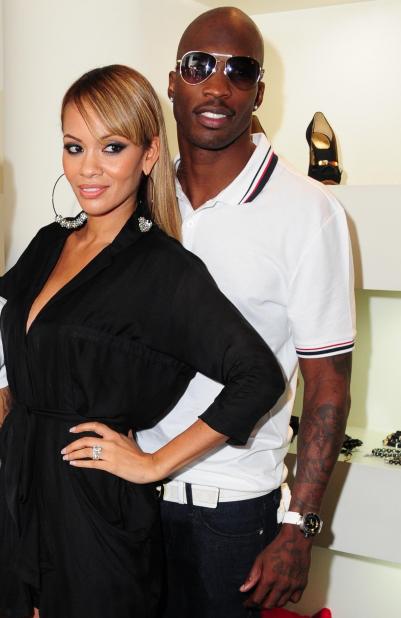 for safety, this according to the police report.

According to the report, after Johnson allegedly head-butted Lozada during an argument about a receipt for condoms, Johnson began screaming at Lozada, saying, “I don’t give a f**k! I don’t give a f**k about my career!”

According to the report, Lozada “fled on foot to a neighbor’s house to get away from Johnson.”

The report goes on to say that Johnson drove around the neighborhood looking for Lozada, who had called police from the neighbor’s home.

The officer who responded says in the report he observed a 3″ laceration on her forehead. The officer said when he spoke to Johnson, he admitted the two argued, but said she yelled “F**k it!” at him and then she head-butted him.

Johnson told the officer he was driving around to try and give her time to calm down.

Johnson was eventually arrested for domestic violence yesterday and was released around 10:00 AM EST today. Evelyn was released from the hospital this morning and is staying with friends.

While taking out the groceries, Evelyn located a Wal-Greens receipt in the vehicles trunk with a charge for a box of condoms.

The two then sat inside of their Black Smart Car that was parked in the driveway directly in front of the house. They began talking about the sales receipt and their marriage. As they were talking Johnson became upset and without Evelyn’s permission grabbed her and head butted her on the forehead causing a laceration. Johnson began screaming and Evelyn attempted to calm Johnson down. He began screaming, “I don’t give a f*ck! I don’t give a f*ck about my career!” Evelyn then fled on foot to a neighbor’s house to get away from Johnson.

Johnson began driving the neighborhood looking for Evelyn. She hid at her neighbors house until they arrives home, At this time they called the police.

I observed Evelyn to have a laceration on the center of her forehead approximately 3″ in length.

I responded to where I met with Johnson, Johnson confirmed that he and Evelyn were arguing in regards to a sales receipt. During the argument Evelyn began yelling, ‘f*ck it!” She then head butted Johnson. This caused the laceration on her forehead. Johnson seeing how upset Evelyn was went for a drive trying to gig her time to calm down.

Based off of the statements given to me, Evelyn’s injuries and my observations, I placed Johnson under arrest charging him with Simple Battery Domestic. I transported him to the Davie Police Department. He was later transported to Broward County Sheriff’s office for processing.

Evelyn stated that she wanted to press charges and signed an Affidavit of Complaint stating this, Davie Fire Department Fire Rescue #86 transported Evelyn to Westside Regional for her injuries. Ofc. Wahl responded to the hospital and took photographs of Lozada’s injuries and a sworn tapped statement from her. 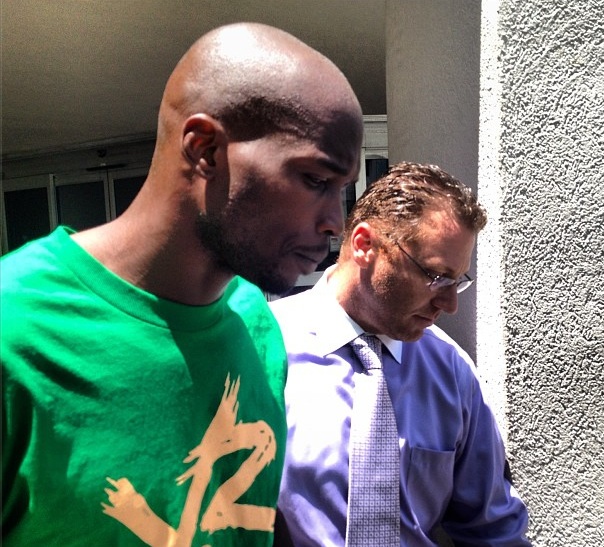 Johnson has been arrested for domestic violence previously. While in college, he got into an altercation with his then-girlfriend Chevon Jex. He was placed on probation for the offense and required to take anger-management classes. So Chad claims that Evelyn head-butted him, which I can believe, although a little far-fetched I think. I hope Evelyn didn’t lie about this and if Chad did attack her, shame on him. Both Evelyn and Chad are some angry muffins, but I was hoping they would last.