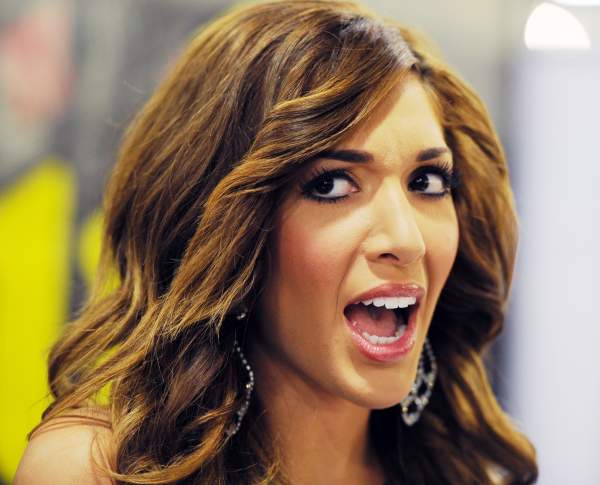 Farrah Abraham will not be included in a Teen Mom reunion it has been confirmed. Two years after MTV ended the original Teen Mom series whose cast included Farrah, Maci Bookout, Catelynn Lowell, and Amber Portwood, the network is in talks of bringing the girls back. It had been revealed earlier that the other girls refused to come back if Farrah was on the show because they “Didn’t want their kids on a show where someone talked about sex toys.”

A source close to an MTV executive has revealed that MTV “willing cut Farrah from negotiations. MTV agreed, they feel she set a bad example and doesn’t represent the network well.”

Farrah has been in the media’s eye after her sex tape: “Back Door Teen Mom” was released by Vivid Entertainment. She has since made a living by being a guest at sex conventions and has created her own sex toy line based off of her own private parts. When she appeared solo on VH1’s “Couples Therapy” Farrah revealed years of abuse at the hands of her parents and claimed that she was abused because of her sex tape.

While some are applauding MTV’s move, others are questioning why they would drop Farrah for doing some completely legal; making a sex tape, but keep Amber who was arrested for illegal things. Will you watch without Farrah? What are your thoughts? Post your comments below.