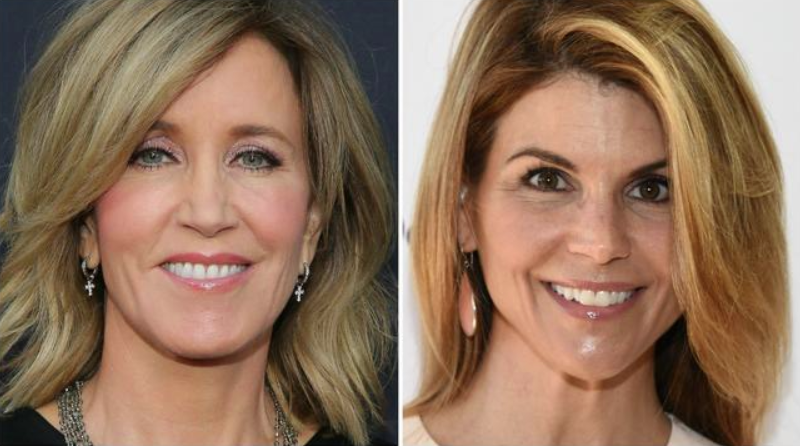 Fifty people, including Hollywood stars Felicity Huffman and Lori Loughlin, were charged Tuesday in a scheme in which wealthy parents allegedly bribed college coaches and other insiders to get their children into some of the nation’s most elite schools.

Federal authorities called it the biggest college admissions scam ever prosecuted by the U.S. Justice Department, with the parents accused of paying an estimated $25 million in bribes.

“These parents are a catalog of wealth and privilege,” U.S. Attorney Andrew Lelling said in announcing the results of an investigation code-named Operation Varsity Blues.

The scandal is certain to inflame longstanding complaints that children of the wealthy and well-connected have the inside track in college admissions — sometimes through big, timely donations from their parents — and that privilege begets privilege.

At least nine athletic coaches and 33 parents, many of them prominent in law, finance or business, were among those charged. Dozens, including Huffman, were arrested by midday.

Prosecutors said parents paid an admissions consultant from 2011 through last month to bribe coaches and administrators to falsely make their children look like star athletes to boost their chances of getting into college. The consultant also hired ringers to take college entrance exams for students, and paid off insiders at testing centers to alter students’ scores.

Parents spent anywhere from $200,000 to $6.5 million to guarantee their children’s admission, officials said.

“For every student admitted through fraud, an honest and genuinely talented student was rejected,” Lelling said.

Several defendants, including Huffman, were charged with conspiracy to commit fraud, punishable by up to 20 years in prison.