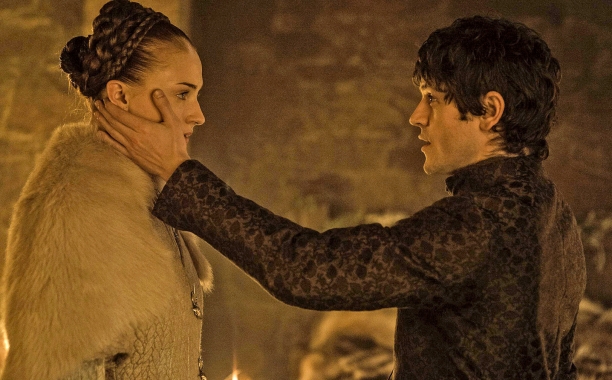 Warning: Contains a major spoiler about Sunday’s Game of Thrones

Sansa Stark was raped on Sunday night’s Game of Thrones by her sadistic and cruel new husband, Ramsay Bolton on their wedding night—all while forcing Sansa’s former childhood friend Theon Greyjoy to watch. Entertainment Weekly talked to Sophie Turner in October 2014, about the Ramsay storyline and the controversial scene, which the actress had not yet filmed.

ENTERTAINMENT WEEKLY: What was your reaction when you got the scripts and realized what was going to happen this season?
SOPHIE TURNER: Last season [Thrones director] Alex Graves decided to give me hints. He was saying, “You get a love interest next season.” And I was all, “I actually get a love interest!” So I get the scripts and I was so excited and I was flicking through and then I was like, “Aw, are you kidding me!?” I thought the love interest was going to be like Jaime Lannister or somebody who would take care of me. But then I found out it was Ramsay and I’m back at Winterfell. I love the fact she’s back home reclaiming what’s hers. But at the same time she’s being held prisoner in her own home. When I got the scripts, it was bit like, dude, I felt so bad for her. But I also felt excited because it was so sick, and being reunited with Theon too, and seeing how their relationship plays out. Theon’s a member of the Stark clan but she thinks he totally betrayed and killed her brothers. It’s a messed-up relationship between them

You’re sort of stuck with the two of the most messed-up characters in the show.
Theon’s just mental. I think it’s going to be the most challenging season for me so far just because it’s so emotional for her. It’s not just crying all the time, like seasons 2 or 3, it’s super messed up.

And then there is the scene described in the production breakdown as “romance dies.” Sansa’s wedding night in episode 6.
When I read that scene, I kinda loved it. I love the way Ramsay had Theon watching. It was all so messed up. It’s also so daunting for me to do it. I’ve been making [producer Bryan Cogman] feel so bad for writing that scene: “I can’t believe you’re doing this to me!” But I secretly loved it.

I think fans’ reactions will be pretty simiilar: “How can they do this to Sansa?”
I completely agree with them! After Joffrey, she’s escaped him and you think she’s going to lose her virginity to a guy who’s really sweet and takes care of her and she’s thrown in with a guy who’s a whole lot worse. But I kind of like the fact she doesn’t really know what a psycho he is until that night. She has a sense, but she’s more scared of his father. And then that night everything gets so f–ked up.

Have you read the book version?
No. Doesn’t Theon join in or something?

Yup.
Yeah, like, thank God that didn’t happen! But it will be interesting to film.

One thing about this scene, if there’s any remaining Sansa bashers out there, it’s like, if you don’t feel bad for Sansa now…
Right, then you really have something wrong with you. I swear, this show, after the first season when people were hating on Sansa. Showrunners [David Benioff and Dan Weiss] must have been like, “Okay, let’s do everything we can to make her the most abused, manipulated character!”

And Ramsay is, if anything, a far more difficult person to manipulate than Joffrey.
Right, because you can’t get on his level. He’s such a mentalist. He’s such a mind-beep. There’s no way of understanding his motives or his thinking. So this season it’s also her trying to figure out his intentions and trying to please him. 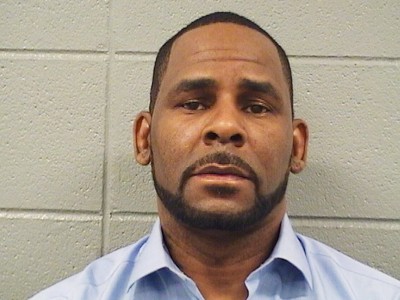