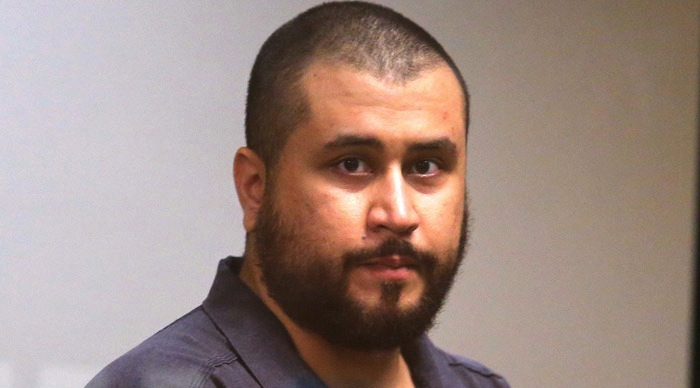 via WESH:
Five guns and several rounds of ammunition were among the items found during a search warrant after George Zimmerman’s domestic violence arrest last week. Zimmerman was arrested and charged in a domestic violence incident after he was accused of pointing a shotgun at his girlfriend, Samantha Scheibe, inside her Apopka home.

According to a search warrant affidavit, this is a complete list of items taken: three black handgun holsters, one pack of gum, one religious pendant, one flashlight, one pocket knife, one sanitizing wipe, two cell phones, two .223 rounds, eight 9mm rounds, two .40 caliber magazines with eight rounds each, two 9mm magazines (one with 14 rounds and one with 15 rounds),  one Interarms .380 handgun, one Taurus 9mm handgun, one Glock 19 handgun, one KelTec 12-gauge shotgun, 13 12-gauge shotgun rounds, one AR-15 rifle, one soft-sided gun case, two AR-15 magazines, 59 AR-15 rounds, one combination lock.

Also revealed in the documents: Zimmerman told authorities he was planning to move to Texas after he and Scheibe separated.As he began to gather his belongings, the two started fighting.Zimmerman disputes Scheibe’s claim that he pointed a gun at her and broke items in her home.He was charged with felony aggravated assault and battery, domestic violence and criminal mischief and was released on $9,000 bond.

Zimmerman will be monitored by GPS and will not be allowed to possess guns or ammunition.His arraignment has been scheduled for 1:30 p.m. on Jan. 7, 2014.Zimmerman claims he is $2.5 million in debt, but he dumped his public defender and hired Jayne Weintraub, a frequent contributor on cable news legal shows. 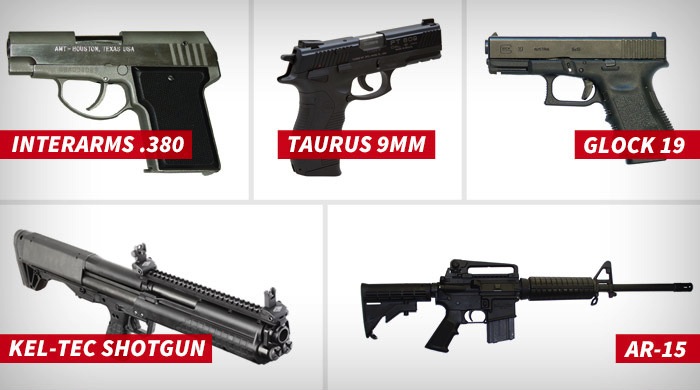 In the gun round up they decided to list a sanitizing wipe? Well at least we know George is ready for Armageddon.