Part two of the reunion airs tomorrow and promises to be a scorcher. Jacqueline rises to the occasion and reveals Teresa has caught her husband, Joe Giudice with the nanny, (Teresa has previously stated she doesn’t employ nannies) and also that Teresa and Joe are abusive to each other. This circus just goes from bad to worse!

“Didn’t he cheat on you a long time ago? That’s what you told me. Fine, then he didn’t cheat on you,” Teresa says in this exclusive preview clip. “That’s why you told me you didn’t trust him. That’s why he’s not allowed to go out.” 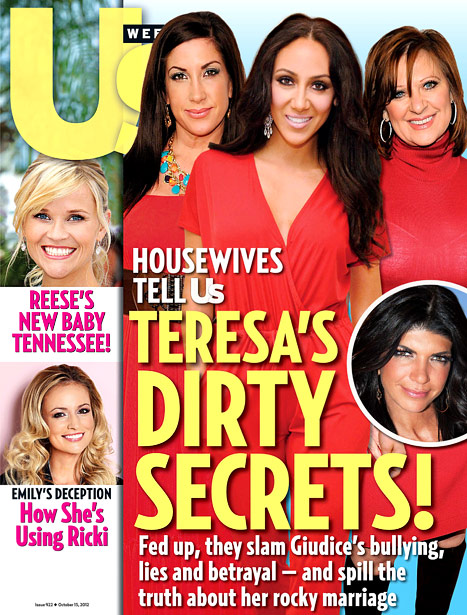 After feeling backed into a corner (or drunk) at the end of part 1 of the Real Housewives Of New Jersey reunion, Teresa Giudice decided to deflect and throws some shade on her cousin Kathy Wakile’s 21-year marriage to husband Richie. Then Teresa decides to turn on her former friend now enemy Jacqueline Laurita, alleging that Jacqueline’s husband Chris cheated on her more than once.

In response, Jacqueline doesn’t hold back and states, that Jacqueline’s marriage to Giuseppe “Joe” Giudice, “If we’re being honest, he calls her those names and she calls him names and they punch each other.” Wowzers! “You guys get into some pretty bad [fights]. I’ve heard every name in the book from you two. You told me your husband cheated on you several times: You caught him with the secretary, the babysitter. You asked me what you should do, because my ex-husband cheated on me.”

Teresa was called “my b*tch wife” and “c–t” by her husband during the Housewives’ trip to Napa earlier this season, stands firmly by her husband (present on set during this exchange) when firing back at Laurita. “Jacqueline, if my husband cheated on me he wouldn’t be sitting here on this couch right now,” retorts back.

As you will see when part 2 and 3 airs, all of the Housewives, including Caroline Manzo, Kathy and sister-in-law Melissa Gorga, continue to air grievances about Giudice during Sunday’s second installment, the controversial reality star maintains her innocence. Isn’t this the season 1 & 3 reunion all over again, this time Teresa takes the place of Beverly Merrill aka Danielle Staub. 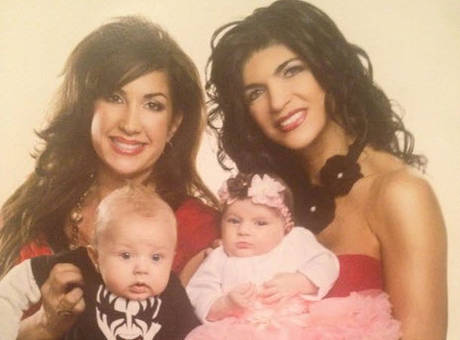 Can’t we get back to this again ladies, I miss this friendship.

Watch more of Laurita’s angry exchange with the Giudices in the clip above before part two of The Real Housewives of New Jersey reunion airs Sunday 7th October at 10/9c on Bravo.