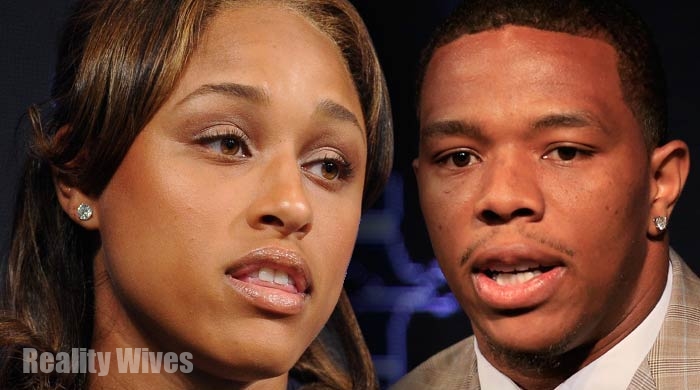 Janay Rice wife of Ray Rice who famously was knocked unconscious in an elevator by her then fiance. She spoke to ESPN that the network agreed to hold until after the U.S. District judge issued her ruling on the NFL’s actions. Janay says she doesn’t remember what she and Ray were fighting about in Atlantic City back in February, but she does state that Ray got physical first.

“As we were arguing, he was on his phone and not looking at me. I went to reach for his phone, and when he grabbed it back, he spit at me and I slapped him.”

On Apologizing for Her Role in the Incident at Ravens News Conference:
“I know some people disagreed with me publicly apologizing. I’m not saying that what Ray did wasn’t wrong. He and I both know it was wrong. It’s been made clear to him that it was wrong. But at the same time, who am I to put my hands on somebody?”

On What Ray and Janay told Roger Goodell:
“Ray told the commissioner, and his colleagues, everything that happened. There was no reason to lie because we knew that there was a video and we assumed the NFL knew what was in it, even though we didn’t know whether or not they saw it.

On Anger at Baltimore Ravens for Cutting Ray:
“I was extremely surprised and angry that the Ravens released him, because they know him. They were our family, but I felt like the Ravens completely disregarded the past six years with him. Anytime the Ravens needed someone for a community event, Ray was their man. Janay is delusional

On Being a Martyr for Domestic Violence:
“If it took our situation becoming headline news to show domestic violence is happening in this country, that’s a positive.” I can’t even believe this response.

“Domestic violence is such an overlooked crime,” says Montgomery. “Nobody truly understands how often tragedies happen due to spouse mistreatment. I plan to put an end to the silence.”