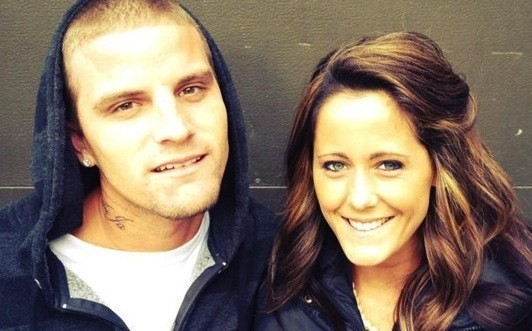 Teen Mom star, Jenelle Evans has finally filed for divorce from her husband Courtland Rogers. They married in December 2012.

“Jenelle is only seeking a divorce from Mr. Rogers at this time. She is not seeking any support of any kind. She is looking forward to a new chapter in her life,”

Jenelle, 23, ended her relationship with Courtland after only two months of marriage after they married in Brunswick County, N.C. April 2013. Their relationship has been tumultuous to say the least. Jenelle was arrested shortly afterwards for heroin possession and for assaulting Rogers. Courtland was also arrested for hitting Evans “on the neck and striking her with a closed fist on her head.”

Jenelle has since moved on from their volatile relationship. As in February the reality star is expecting a baby boy with boyfriend Nathan Griffith, they will name their son Kaiser. Jenelle has a four-year-old son, Jace, 4, from a previous relationship, her mother Barbara has full custody.

“I was happy either way no matter what we were gonna have, but Nathan was especially excited because he’s a boy, so he was like jumping for joy. He’s really, really excited to spoil him. We were basically searching for baby names on the Internet, and we came up with a bunch of different unique ones. We didn’t want something that everyone else had or had even heard before, even us. So we wanted something different, and we ended up looking up Kaiser,” Jenelle told US Magazine.

Jenelle is due to give birth in June. What are your thoughts? Post your comments below.