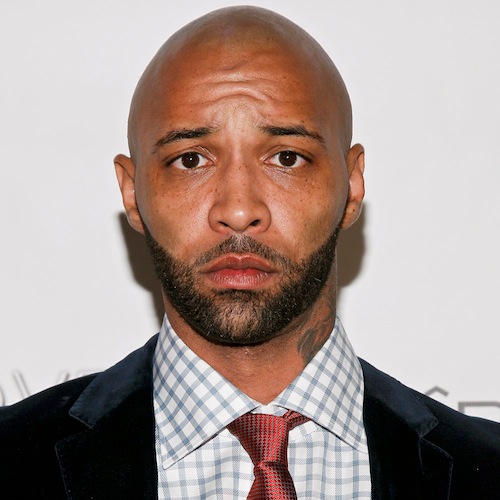 via TMZ:
Rapper Joe Budden allegedly brutally beat his girlfriend the way Chris Brown brutalized Rihanna … by slamming her head into the dashboard of a car.

We’re told Budden saw pics of his GF with some men and flipped out. Sources connected with the woman tell us … Budden found her at an NYC restaurant, dragged her out to his car and then allegedly choked her and slammed her head into the dash.

The sources say he then drove them to his New Jersey home where cops say the beating continued.

Update: 10:38 A.M. PDT — Budden’s attorney, Nima Ameri, tells TMZ Budden “looks forward to an opportunity to responsibly deal with and address the allegations so he may establish the actual facts.” He say the rapper is cooperating with the investigation and the facts will “demonstrate the truth of Mr. Budden’s involvement and the real events that transpired.”