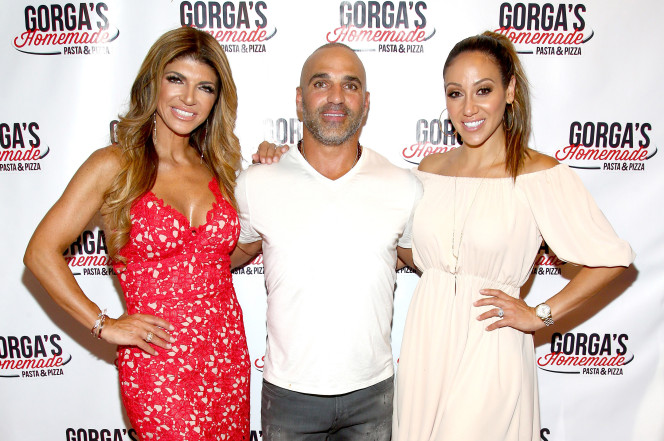 The Gorga family’s New Jersey restaurant in East Hanover is closing less than a year after it opened.

“They are in the process of closing down their current location and seeking a larger location. They are seeking different management to run it. Their focus is getting a bigger flagship restaurant in New Jersey and then expanding. I would anticipate the reopening of the restaurant to be a family affair and Teresa would be receptive to taking a more expansive role,” James J. Leonard, attorney for Joe Gorga, Melissa Gorga and Teresa Giudice, claimed on Friday.

Well that sounded like a plausible excuse. Not. If the restaurant was doing so well, why close up shop? Just locate another location then set up again?

Joe opened Gorga’s Homemade Pasta & Pizza in front of the cameras this spring, with Melissa Gorga telling her husband she wanted to take a backseat to the family business to focus on her Envy fashion boutique. Joe’s sister Teresa was portrayed on the show as more hands-on with the restaurant, but an insider told Page Six that her “involvement was more for the cameras than anything else.”

“She has not been involved with whatever has happened since filming. Teresa had in essence no involvement in the running or managing of the restaurant,” a source said.

Joe, 38, opened the Italian eatery in May as a tribute to his late mother, Antonia. His father, Giancinto, can be seen on the show helping the chefs. Page Six reported that the restaurant received a poor health inspection report in July after the scenes were shot.

Gorga’s Homemade Pasta & Pizza is a dreadful name – everytime I hear Gorga, I think of Gorgon the three sisters from Greek mythology – Stheno, Euryale, and Medusa, with snakes for hair, who had the power to turn anyone who looked at them to stone. It also means a fierce, frightening, or repulsive woman.