Disorderly conduct is a Class 4 Felony. CBS 2 Legal Analyst Irv Miller says Smollett could face probation to up to 1½ years in prison.

He is expected in bond court tomorrow at 1:30 p.m.

Detectives will make contact with his legal team to negotiate a reasonable surrender for his arrest, according to a spokesman for the Chicago Police Department.

The Osundairo brothers were seen in the above video. They bought the rope used in the incident at Jussie’s request. Jussie paid for the rope, which was purchased at the Crafty Beaver Hardware Store in the Ravenswood neighborhood the weekend of the 25th January.

Sources said one of the brothers held the rope and poured bleach while the other wore a plain red hat and yelled slurs at Smollett.

It is alleged that Jussie directed the brothers to obtain the items and that the attack was supposed to happen before the 29th January. The brothers told detectives the three men rehearsed the attack days prior to it happening.

The brothers’ attorney Gloria Schmidt spoke to the media after the brothers testified in front of the grand jury for 2.5 hours.

“I think the biggest thing for the American people to know is that this story has a lot of complications to it,” Schmidt said.

Schmidt says the brothers are not expecting to be charged with any crime “because they are not guilty of anything.”

CBS 2 obtained exclusive video of two men linked to the attack on “Empire” actor Jussie Smollett buying a red hat and ski masks from a store the day before the assault.

The video shows Ola and Abel Osundairo placing the masks and a hat on the counter. Smollett has claimed two men wearing a deo.
similar hat and masks attacked him on Jan. 29 in Streeterville, according to police. CBS 2’s Charlie De Mar made multiple phone calls and visited several stores to obtain the vi
The brothers were seen entering the grand jury room at the Leighton Criminal Courthouse on Wednesday.

The Osundairos were arrested last week, but later released without charges.

Sources have said the two brothers told police they helped stage the attack with Smollett. They said they were paid $3,500 to pour a chemical on the actor, and place a rope around his neck, while yelling racist and homophobic slurs.

The two brothers told police Smollett also was behind creating a racist letter sent to the show, according to two sources with first-hand knowledge of the investigation.

When that letter did not get a “bigger reaction,” Smollett orchestrated the attack a week later with the two men, sources said.

Meantime, Fox Television has denied rumors that Smollett is being written off of “Empire.”

“Jussie Smollett continues to be a consummate professional on set and as we have previously stated, he is not being written out of the show,” the company said in a statement. 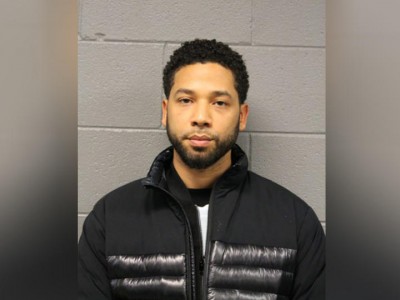 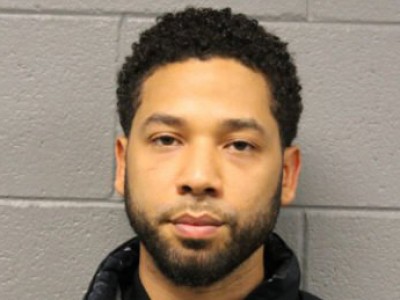