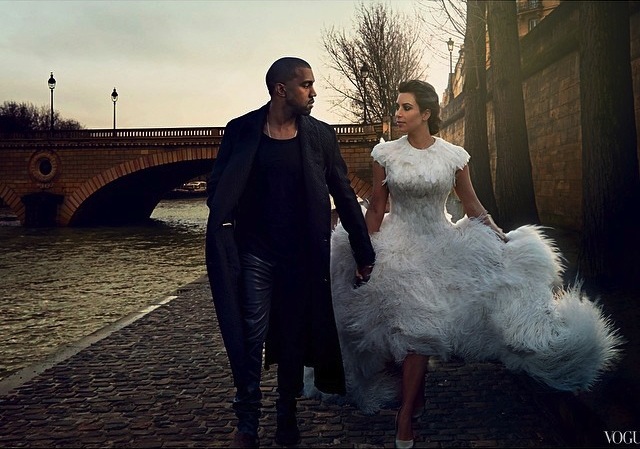 Kanye West and Kim Kardashian will be getting married on the 24th May in Paris, France, despite thousands wanting to be invited to the luxurious nuptials a reported 100 lucky guests were given the opportunity. Invitations were sent out in the middle of April and featured a grey background with gold lettering. The guests were asked to RSVP by the second of May. The invitation had the couple’s names, the date of their wedding, the location (Paris, France), where to RSVP, and included “details upon arrival.” The invitation also told guests that it was a black tie event. 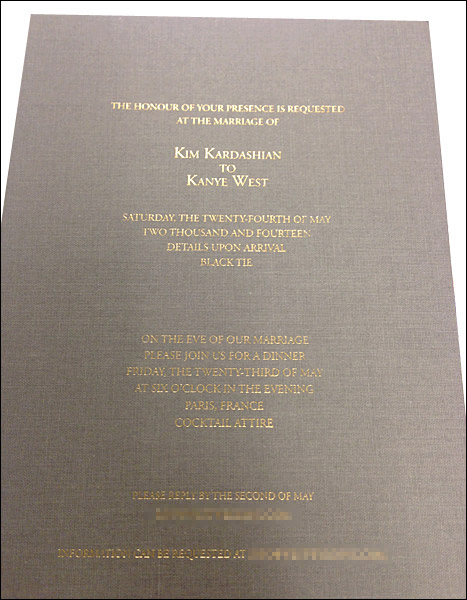 A source revealed: “Guests won’t know the venue until they get to Paris. Kim hasn’t even told her sisters.”

Kanye and Kim were engaged in October 2013 following the June 2013 birth of their daughter, North West whom Kim has said will play an integral part in their ceremony. Kim announced earlier this month that her family’s hit reality show “Keeping Up With The Kardashians” will not film her wedding but everything up to it and afterwards. What are your thoughts? Post your comments below. 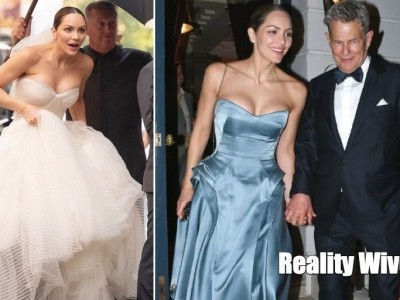