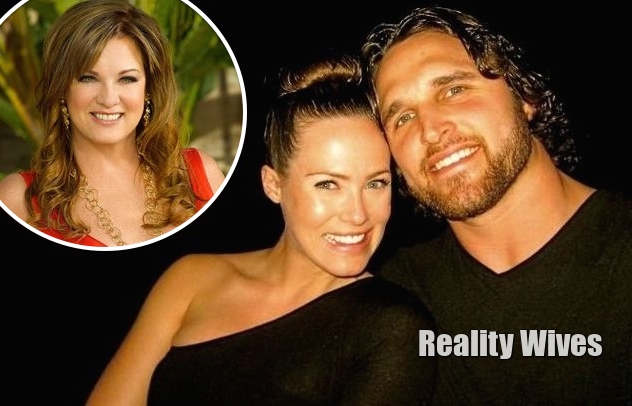 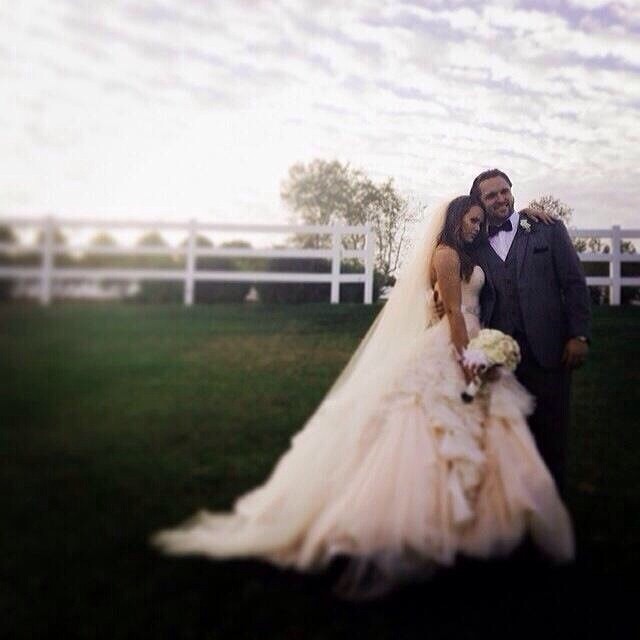 Kara & Kyle on their wedding day

She announced the birth on Instagram: “This rad little human being made her way into the world 1/21/16 at 7:26pm. 2 weeks early and still thicker than a Snicker at 8.03lbs and 19.5inches. #DeckerKate – you’re our favorite accomplishment.”

Kara told E! News, “Decker Kate Bosworth was born with a full head of brown hair and pretty blue eyes. Daddy Kyle Bosworth cut the umbilical cord and grandma Jeana Keough got on a flight the second I was being admitted, she arrived in Florida about 5 hours after Decker’s birth. I had a quick and easy delivery after an amazing pregnancy.”

The name Decker comes from Mom and Dad’s side of the family, but no more details are given on that, Kate? “No, it’s not a nod to the actress Kate Bosworth…Both Kyle and my maternal grandmothers are named Kathleen and Katherine—so it’s a way to honor both of them.” 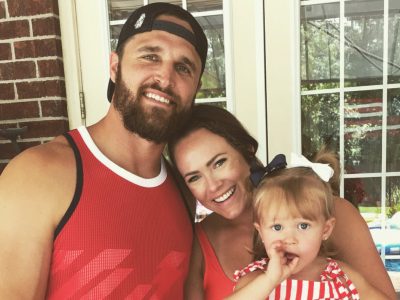