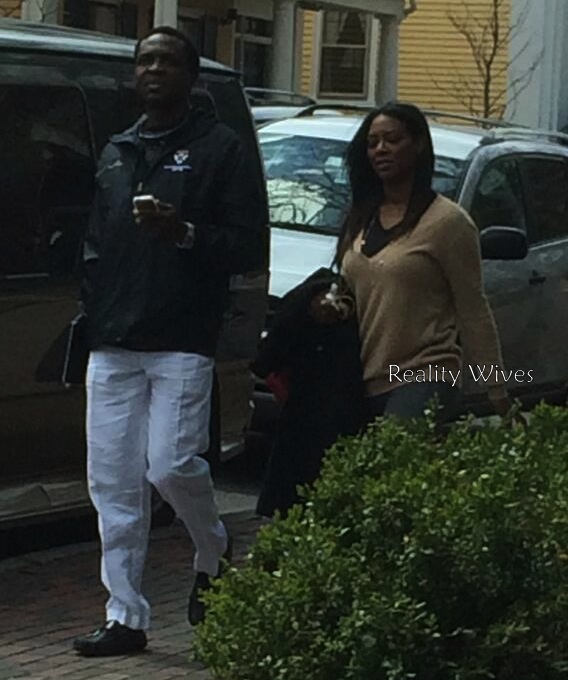 Real Housewives of Atlanta star, Kenya Moore was photographed with her rumored ‘African Prince’ while visiting Harvard University. She toured the campus with billionaire oil tycoon Tonye Cole where he was invited to speak and tweeted:

“Sitting here on campus of Harvard wondering what I have done with my life. I went to schools for gifted and lost my way… Mixed emotions”

Tonye Cole co-founded and is the Executive Director of the Sahara Group, and is responsible for the new ventures and business development as well as enforcing corporate ethics and compliance. He also manages and spearheads the Group’s upstream exploration and production activities in West Africa.

During part one of the Real Housewives of Atlanta reunion special, Kenya Moore was asked about her ‘African Prince’. Kenya said that she was still with her boyfriend and had last seen him 3 weeks before to the taping  of the reunion. Porsha Williams addded that the relationship was a lie.

“You know you stated everything about the guy except for showing him, and it’s just very clear that there is no African Prince for you, there never was. You just recently tried to pay somebody to be on the show about $15,000 to be on the show- a singer, an African Nigerian singer” .

Kenya claimed that the rumor of her paying the singer (D’Banj) was started from Media Take Out and claims that she never bribed the singee to fake a relationship.

Well if this is true, Kenya hit the bloody mother load “Big Poppa” style, Tonye is an billionaire oil tycoon , is married to a doctor with three children. I am assuming they are estranged, or they have an arrangement. Tonye is also friends with D’Banj who Kenya was also alleged to have an arrangement with.

Kenya is dirty but she is smart. Don’t underestimate dirty, smart people. More to come …