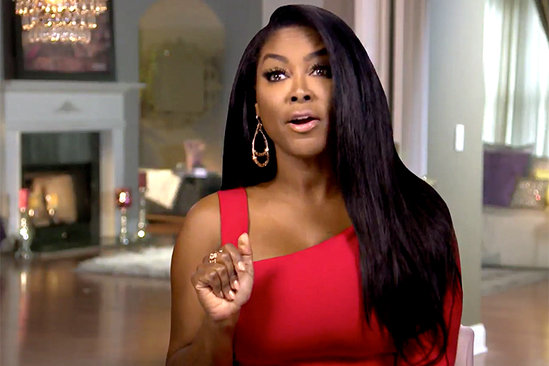 Why do you think things got so heated with Kim?
Kenya Moore: It doesn’t matter why at this point I took things too far by pulling her chair. Although I didn’t touch her that could have gone in a very bad direction, and I thank God it did not. There is no excuse for my behavior and I am deeply embarrassed. I do wholeheartedly apologize to Kim.

With that said, I have always had the ability to read energy and see the subtle nuances in one’s behavior. I have previously stated that she is often condescending, self-righteous, and judgmental. She tried to blame me for “provoking” the man who was threatening and aggressive with all the women in Miami; she has made nasty comments about Life Twirls On despite all the work and money that went into it and the immense love I received for it from fans and industry professionals; she judges and lectures all the women on some level. Nothing is lost on my eyes and ears. Including her husband coming for me every episode calling Matt “a mutant I found off the street.” Let the record show he came for me first, and I didn’t send for him.

When Kim went to the room and ranted to her equally delusional husband, she stated “I’m Kim Fields!” I think that says it all about what she thinks of herself. I’ve never heard Meryl Streep, Shonda Rhimes, Oprah Winfrey, or even Tyler Perry say something so arrogant. Who does she think she is? Oh, that’s right…Kim Fields. Womp Womp

What went through your mind when NeNe Leakes surprised you all at dinner?
I knew NeNe would be back, I just didn’t know it would be so soon and in Jamaica. I was so bored with the table that I almost didn’t notice her walk in.

Were you surprised to hear that Cynthia said you were not BFF?
A true friend not only defends you in your presence but in your absence. This is a woman I have adored for over four years and I consider her my sister. When she denied me, it just felt a little too much like rejection, and I’m all too familiar with that. I was surprised and crushed that she would treat me that way. She not only embarrassed me but deeply hurt me. I just hope our friendship is strong enough to withstand this test.

More in Real Housewives Of Atlanta, Reality Television (1336 of 3036 articles)