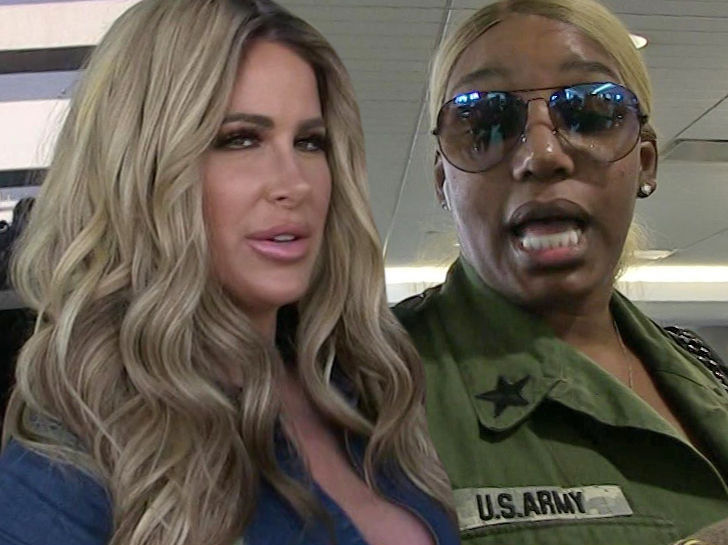 Kim Zolciak is threatening to sue Nene Leakes for millions of dollars unless she immediately apologizes for calling her and her daughter, Brielle, racists and KKK members.

Kim hired Allison Hart at the high-powered law firm Lavely & Singer, and it didn’t take long for them to fire off a super threatening demand letter.

The letter was triggered by a video Brielle shot which appears to show roaches crawling on Nene’s bathroom floor.

The letter, obtained by TMZ, references some choice comments NeNe made on social media, including, “Kim & her child did something very wrong & disgusting! Black people and roaches in the same sentence don’t work for me boo.” She then went on to call Brielle “#racisttrash” and “#KKK,” adding, “Kim & her daughter oops whole family are racists!”

The letter calls the statements “outrageous and malicious lies.”

What’s more, the lawyer says Brielle never posted the video showing the cockroaches crawling on the floor, but it was NeNe who got the video and posted it on Twitter and Instagram.

The letter makes it clear Nene has roaches, but it’s not racist to say that.

What’s more the letter claims NeNe is going after Kim and Brielle out of jealousy. They have a successful show on Bravo, “Don’t Be Tardy,” and NeNe is trying to get people to boycott the program with hashtags like, #blackpeopleneedtostopsupportingtheprejudice.”

Attorney Hart wants a prominent retraction on Instagram and Twitter and other social media sites where NeNe posted her comments, along with an apology.

If that doesn’t happen “Your conduct exposes you to multi-million dollar liability.”

We reached out to Nene so far, no word back.

More in Real Housewives Of Atlanta, Reality Television (534 of 3036 articles)