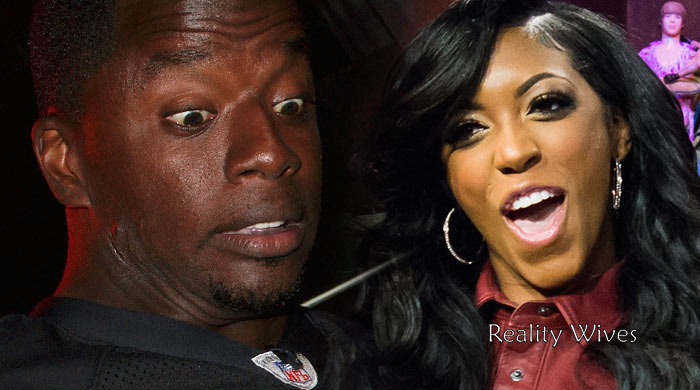 via Radar Online:
Consider any hopes of a reunion between Kordell Stewart and Porsha Williams dashed. Rada rOnline.com has learned that the former NFL pro wants nothing to do with his ex-wife after she violently attacked her Real Housewives of Atlanta co-star Kenya Moore on national television.

“Kordell is distancing himself from Porsha, now more than ever,” a pal told Radar, adding that “he’s embarrassed for her.”

“During their marriage, he thought Porsha acted inappropriately to get ratings for the show and wasn’t a good role model for his son [Syre],” the source said. “Her fight on national TV proves that.”

After seeing the reunion brawl, the former football star is glad to have put his ex-wife’s antics behind him, and to be living a quieter life without reality TV cameras, according to the source.

“When Kordell allowed BRAVO into his life, it went against everything he stood for,” the friend explains. “He is a very private person but compromised for fame-hungry Porsha.”

As Radar previously reported, Williams found out Stewart had filed for divorce via Twitter in March 2013. Then, after a months-long battle in court, the pair’s divorce was finalized in December. The details of the split have since become public, and Williams will receive zero assets and zero alimony.

Following the split, Kordell was briefly linked to Towanda Braxton, a report he later denied. But his friend said he isn’t ready to settle down – yet.

“He’s focusing on his son,” the friend said. “When he’s ready to get serious, he wants a women who will be a good role model to his son. He’s looking for someone who is driven, intelligent, [and] can take care of herself.”