Kyle Richards & Brandi Glanville Get Into A Physical Altercation 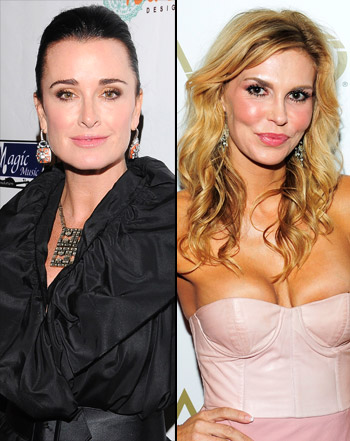 via InTouch Weekly:
Kyle Richards and Brandi Glanville are trading more than barbs these days on The Real Housewives of Beverly Hills.

In Touch has exclusively learned that the reality stars got into a violent scuffle in early September while filming season five.

“Kyle and Kim [Richards, Kyle’s sister] got into a huge fight at a party. Brandi saw what was happening and went over to make sure Kim was OK,” a source close to the Bravo series says in the new issue of In Touch. “Kyle then went after Brandi and started yelling and getting in her face. Kyle pushed Brandi and scratched her arm!”

More in Real Housewives Of Beverly Hills (341 of 790 articles)