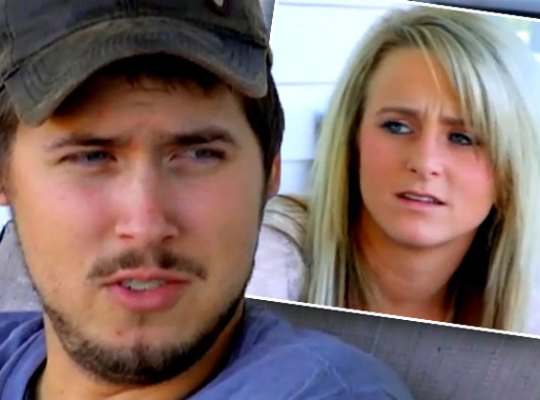 Jeremy Calvert is the latest Teen Mom 2 star to turn on the franchise. Leah Messer‘s ex-husband blasted the MTV show for paying poorly and causing relationship issues with his current girlfriend.

After reports claimed Brooke Wehr is jealous of his ex-wife Messer, Calvert took to Instagram to blame Teen Mom 2 for the backlash he has received regarding his relationship.

“She is far from insecure over my ex so your [sic] way off there,” he said defending his soon-to-be fiancée. “I do plan on marrying Brooke… I love her more than anything and so does my daughter so that even means more to me that [sic] words can explain.”

The father of Adalynn, 3, then expressed his regret over choosing to join the show.

“I don’t need Teen Mom in my life,” he continued. “I was doing just fine before I knew wtf the show was and truthfully wish I’d never been part of it, the bs has completely ruined my life.”

He also slammed MTV for not even paying him well!

“The money isn’t amazing and enough to live off of either,” he said.

Calvert isn’t the only scorned baby daddy, as Chelsea Houska‘s ex-boyfriend Adam Lind posted a similar rant when he slammed her for making “$250,000” last year.