Lori Loughlin and Mossimo Giannulli have agreed to plead guilty to conspiracy charges in connection with securing the fraudulent admission of their two children to the University of Southern California as purported athletic recruits.

Loughlin and Giannulli are the 23rd and 24th parents to plead guilty in the college admissions case.

“Under the plea agreements filed today, these defendants will serve prison terms reflecting their respective roles in a conspiracy to corrupt the college admissions process and which are consistent with prior sentences in this case. We will continue to pursue accountability for undermining the integrity of college admissions,” said United States Attorney Andrew E. Lelling.

The charge of conspiracy to commit mail and wire fraud and honest services mail and wire fraud provides for a sentence of up 20 years in prison, three years of supervised release and a fine of $250,000 or twice the gross gain or loss, whichever is greater. Sentences are imposed by a federal district court judge based upon the U.S. Sentencing Guidelines and other statutory factors. 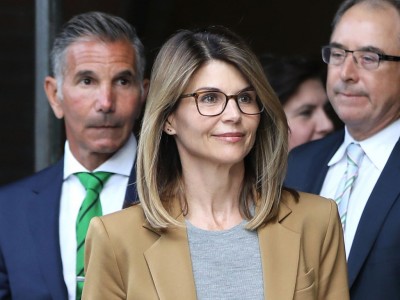