I have been waiting for my soap opera to return for a while, Love & Hip Hop Atlanta season starts with Mr and Mrs Jordan in their new mansion. Joseline claims they split the bills 50/50 but Stevie J can’t pay his child support right. I’m just waiting for their landlord to kick them out as that’s what always happens. Joseline is the only one making money, she has been making appearances a lot of places raking in the dough. 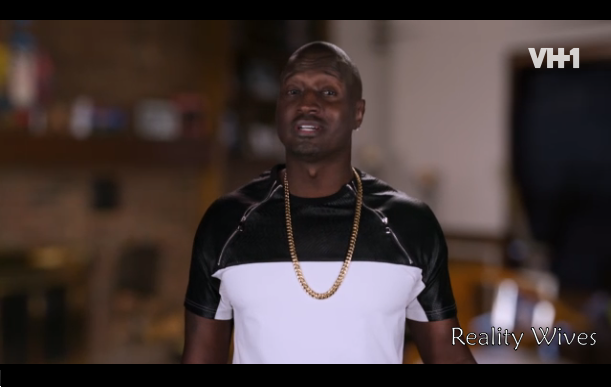 Next up are the Fake Frosts. Rasheeda shares that she had pnemonia and had to have a c-section to deliver Karter, the son she shares with her husband Kirk, who wanted her to abort the baby and later claims he doesn’t think the baby is his – Kirk is husband of the year, what a tool. Rasheeda states that Kirk lives in the same house as her, they do not share the same bedroom and they are not romantic at all. They only share parenting responsibilities. Kirk late says he didn’t want a baby as he has 5 children already and is a grandfather.

Wakaaaa Flockaaaaaa. Every time I see Waka Flocka Flame all I can see is this video:

Well as we reported months ago, Waka Flocka and his fiance Tammy Rivera have joined the cast. Waka Flocka’s mother is Deb Antney who manages Rasheeda and who’s son Kayo Redd sadly, committed suicide last year. Which will most likely be documented later this season. Tammy Rivera has a tattoo engagement ring. A tattoo. Where the hell is her ring? That isn’t an engagement that’s an inkment.

Lil Scrappy claims he’s done with rehab and Erica, right. He is now ‘kicking it’ with Basketball Wives LA’s Adiz Bambi Benson. The same Bambi who was ‘kicking it’ with Benzino and Kirk in the hot tub last season. Lovely. That won’t last long, of course.

Bambi gets around – she was hot tubbing it last season with Kirk the Jerk & No Neck Benzino. Whore #LHHATL @LoveHipHopRW

Erica: "I love Mimi, but she's not the brightest when it comes to men" #LHHATL @MsEricaDixon @MimiFaust

Rasheeda meets Tammy and Deb for lunch. They talk wedding plans. Rasheeda shares her frustrations with Deb and Tammy, about Kirk’s scripted foolishness.

Mimi & Nikko think we are all stupid, that tape was NOT leaked it was sold, plain & simple #LHHATL

Lil Scrappy brings Bambi to meet Momma Dee at a restaurant, she is talking to a victim (date) waiting to kill and devour him. Dee tells Lil Scrappy that Bambi is whoring around in LA, as per her sources. She also tells Bambi that Lil Scrappy has more than one egg in his basket. I couldn’t make this up even if I wanted to lol. Lil Scrappy and Bambi leaves.

Back to the Fake Frosts, Shirlene is kissing her grandson. Kirk doesn’t like that, he doesn’t want Shirlene to kiss Karter on the lips. Wow. 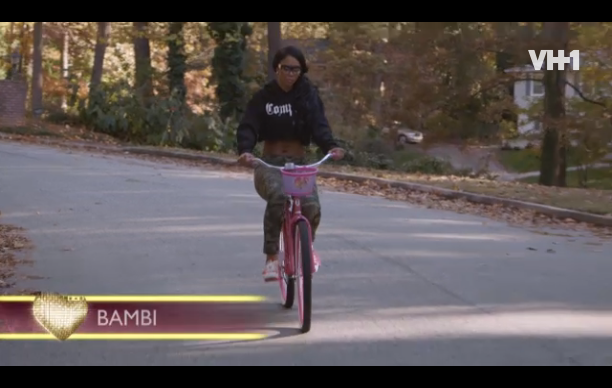 Bambi rides her pink bicycle to Lil Scrappy’s home, to find out about those eggs Dee spoke about. Insecure much? Sad. She is worried as Lil Scrappy has never said he loved her? What? Too soon honey, too soon, Bambi is a sad individual.

Stevie J and Joseline host their post marital birthday party, Mimi’s friends Erica and Ariana attend the party. Why? They are supposed to be Mimi’s friends why attend an enemies party?

Joseline tells Erica that she got married at the end of July, July the 29th to be exact. She seemed a little unsure of the date. Where is that marriage certificate. Where did they marry? Joseline is not happy about being questioned about her marriage. If Joseline is indeed married, what’s the problem? Screw the haters and the gestapo twins – Erica and Ariane. Joseline is mad when she realizes the stripper pole Ariane and Erica bought for her was actually from Mimi. She leaves and drives off leaving Stevie J behind. Stevie comes home and gets an earful from Joseline about visiting the strip club and the gift from Mimi.

Tonight’s episode I rate a 3½ stars. I’m waiting for the real fireworks to start.

Watch the full episode below.

On a new episode which airs THIS Wednesday, Stevie receives news of Mimi’s newfound infamy. Elsewhere, Scrappy works to balance the ladies in his life; Karlie sets rules for her new flame; and Kirk tries to determine if he fathered Rasheeda’s baby.