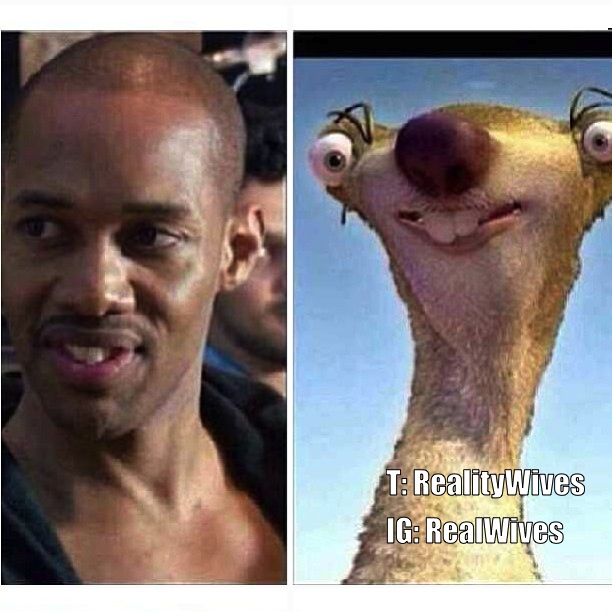 Erica Pinkett invites Lil Scrappy to her apartment with 1001 candles. Bambi doesn’t know he is there. Isn’t this the same thing he did with Shay Johnson with Erica Dixon. Lil Scrappy has been sending text messages to Erica P at 3am that he ‘needs her’. Ok.

Stevie J and Joseline are unpacking their Versace plates in the mansion that is not theirs. They make plans to invite Benzino and his new girlfriend Althea.

Erica Dixon’s new boyfriend an aspiring model, O’Shea Russell double date at the bowling alley with Karlie Redd and Yung Joc. Yung Joc is funny. “Yung Joc The Rapper”. O’Shea asks Erica for her credit card to pay the bill, what the wha? O’Shea isn’t working currently and is broke. Erica sure can pick them. Opportunist no?

Rasheeda is ready to get back into the studio, she claims things are not meshing for them right now. She arrives home from her workout 3 hours too late for Kirk. Kirk wants Rasheeda to be home with their son, not Rasheeda’s mother Shirleen. Rasheeda suggests a nanny.

What is Kirk doing that he can't look after his son for 3 hours? #LHHATL

Bambi buys a pregnancy test and Lil Scrappy reveals to Kirks that Bambi is pregnant when they meet for drinks. Kirk reveals that Bambi didn’t sleep with Benzino.

Bambi is late? This woman has had her womb on lock down since Compton, now she's late all of a sudden? Please!!! #LHHATL

Mimi decides to move to keep up with the Jordan’s as he daughter is always raving about Stevie J’s mansion. Stevie J has been trying to reach Mimi, but she won’t answer her phone. They finally meet and Mimi explains what happens, Stevie J claims he can have her whenever he wants. They both spit insults and she walks out.

Momma Dee and her , son Lil Scrappy meet for dinner. Dee knows about Bambi’s pregnancy. Momma Dee has done a 180 and gives Lil Scrappy a list of all the things that Bambi needs to do to make sure that she is being healthy. Lil Scrappy keeps asking if Momma Dee took her medicine, what medications is she taking?

Benzino and his new woman Althea arrive at the Jordans, they are impressed with the new home. Benzino and Althea met on twitter. Althea has a few homes, and bought Benzino’s a pair of diamond earrings, plus she was signed to Def Jam, in which she got a big check, but what happened to the music? Stevie J he got married on the 29th June, but last week Joseline said they got married on the 29th July. Ok. Joseline and Stevie J want to do a big white wedding, Stevie J father is an ordained minister and was upset that he never got to officiate his son’s wedding.

Stevie J is a preachers son? That explains it #LHHATL

Stevie J and Benzino do a terrible job of bringing up their “spontaneous” bar idea, “Sleazy & Zino’s”.

Kirk meets with Benzino to view the results of the DNA test. Kirk must have gotten that test and printed from the internet. Of course the “results” state that Kirk is the father. He claims that the test restores his faith in his wife, why she never gave him any reason to doubt her fidelity. Plus he claims he wants to have more children. Douche. Their waitress Jasmine is going to be the nanny next week. Kirk wants to show Rasheeda the DNA test. What a tool.

Karlie is at the studio waiting for Yung Joc and bumps in recording artist Jeremih, as he is leaving he is feeling up on her. Yung Joc sees this and of course is jealous. Karlie earlier said that making him jealous should wake him up as she believes he is doing his dirt. They argue and walk out of the studio, and continue with the arguing outside. Yung Joc spins his wheels and screeches off in his minivan.