It’s almost time for this season’s Love & Hip Hop to come to an end! Are you ready for the end of season 3? Well don’t fear LHHATL will be coming in April but let’s get to tonight’s episode. We begin at the Beat Factory in the Bronx where we see Yandy hard at work and Erica comes in to complain about her latest debacle. Rich has agreed to let Olivia record the song her purchased for Erica and she is furious. One because she is trying to get to the top and two because she want’s that old thang back. Yandy schools Erica on how to achieve both her goals and it involves a little hard work along with dedication. Erica says she will swallow her pride and go back crawling to Rich. Let’s see Tahiry in a new fashion with Mommy time. We see her meeting Mama Liza and we learn a few things about their life. Tahiry’s father had about 13 kids and forged her mother’s name on divorce papers. They both cry and Tahiry has no faith in her father. She says she wants to go talk with her dad and her mother really cosigns to the fact.

Dinner with Raqi, well at least at her house where she made home cooked food for Lore’l and Yandy. Raqi tells the ladies about the charity blow up she had with Rashidah on last week’s episode. Raqi calls Rashidah “Al Bundy” too funny right and then she calls herself the “Hood  Dr. Phil”. She cries and says she hates that people are trying to ruin the reputation she has built thus far. Lore’l says fight the good fight and keep it going. Yandy suggests Raqi get back in contact with her Hot97 connect. She agrees and brings the ladies dessert. Let’s get back to the Beat Factory but this time we see Mendeecees and Vado discuss Yandy. Mendeecees says Yandy is the girl for him and he wants to propose marriage. Vado says he can’t believe this and wants to keep up the bachelor life with fast cars and women. Mendeecees says he wants to show Yandy the bigger picture. Vado says go visit Yandy’s mother and have “The Talk”.  Proposal in the works?

Mama Dollaz meets with Erica and she tells her how she feels. Mama Dollaz says she doesn’t like the personal and work relationship! Erica says it’s time to suck it up and do what she has to. Mama Dollaz says Erica can talk that talk but she can’t walk that walk. You do remember Mama Dollaz stays in the gossip blogs so she’s seen everything that we’ve all seen. Erica, you better be ready! Raqi meets with Ebro at Hot97 studios and he thinks she is going on a date afterwards. She just had on heels is he serious? Ebro immediately went to why Jen the Pen isn’t with her and she informs him of the fallout they had. But he doesn’t stop there he brings up Joe Budden and how Raqi is burning bridges that are  risky for her line of work. He says he is giving her a chance and she needs to fix the relationships. Ebro says get back with Joe and he will give her the radio time she so dearly needs.

Time for seduction! At least Rich knows what’s coming. He and Erica talk about her intruding on his studio session with Olivia. She says giving away the record was inappropriate. Erica says she loves and needs Rich as she takes off her trench to coat to reveal her undergarments. They decide that they both have hurt one another and well they make up. That’s our cue to exit! Family time with the Smith/Harris bunch and Mendeecees uses this time to talk with his future mother in law. They talk about the relationship, church, and the impending proposal. Mama Laura gives her blessing and Mendeecees is happy. She says she’d like to get to know Mendeecees a little better and he called her one of the homies! The next day Mendeecees visits Loftwood and looks at some prestigious diamonds. Does the man have taste? Well of course he does! He picks out a beautiful setting and a gorgeous diamond. Now to pop the question and get the answer he has been waiting for!

Raqi meets Joe at the studio and now it’s time to kiss while making up if you want to get up! Raqi has to come hard if she wants Joe and I have a feeling it will work. The two are great friends but Joe does see that Raqi came for a reason. He tells her he wants an apology but, not for himself for Tahiry. If she doesn’t give one he won’t help with the radio show. Here comes Olivia and she is meeting up with a Kimbella type girl. She puts me in the mind of her anyway. Meet Tiffany and she isn’t here just for show time! She tells Olivia she is spying for Rich even though she is his ex and ended up sleeping with Erica! Wait hold up, rewind. Did she just say all of that? So the story goes that Erica is in love with Tiffany but Tiffany wants Rich back! Do we care about this part? Could we have gone on without it? No, to the first question and yes to the second! If this is what Olivia brings to the table it should’ve been on the cut table! Next!

Tahiry gets a visit from Joe and he says he’d like to tag along to the Dominican Republic with Tahiry to meet with her dad. She acts like she doesn’t want him to but we know she does. Joe says he isn’t coming just to have Musty Sex with the Ex but she doesn’t believe that! Joe presents her with money for what I don’t know because she should already have her ticket. Joe leaves and says he can’t wait to see her there. Come back in love please! Mendeecees takes Yandy to see a house presented by Jackeé from 227! The house is gorgeous and Yandy can’t believe this could all come true for her. Someone call PETA I am distracted by all of the realtor’s fur! The couple sits down to talk and he pours his heart out. Yandy can’t take it and begins to cry. He wipes her tears but it was weird! He says the house is hers if she wants it and Jackeé interrupts so he sees himself to the bathroom. He calls Yandy up to the bedroom suit and she walks in to Miguel’s “Do You…” the perfect song for a proposal in my  mind. Mendeecees says girl neither one of us is going anywhere so take this ring. (Obviously he didn’t say it that way but he kind of did. Though he did actually ask her). She says yes! He says the first day they met they talked about marriage and that’s why he wanted her for himself. Do you think the Tiffany aspect of the storyline was needed? How sweet was the proposal in the house of her dreams? 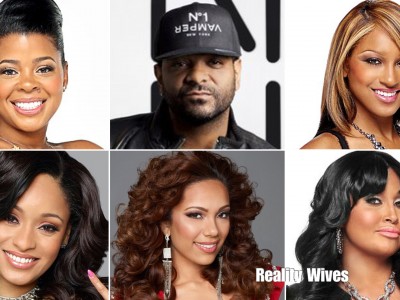