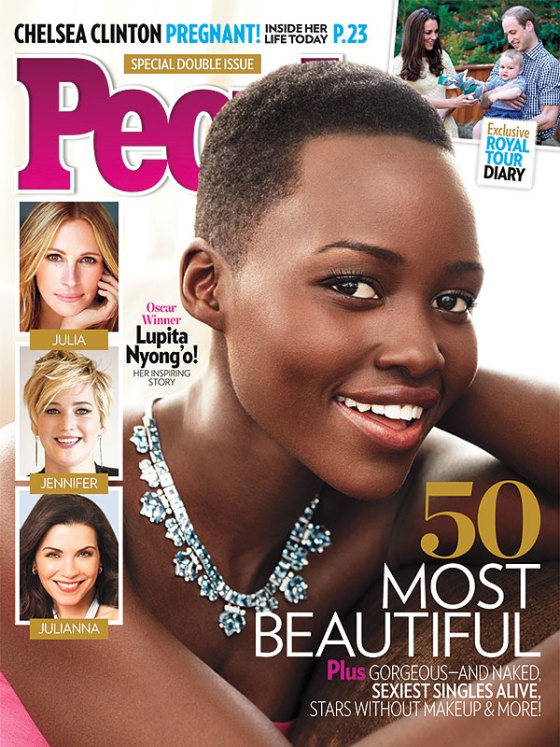 via People:
She may have won an Oscar for her role as the slave Patsey in Steve McQueen’s 12 Years a Slave and recently landed a contract with Lancôme Paris, but Lupita Nyong’o “never dreamed” she would be touted as “Most Beautiful” for all the world to see.

“It was exciting and just a major, major compliment,” the 31-year-old says of gracing this year’s cover. And especially, “I was happy for all the girls who would see me on [it] and feel a little more seen.”

Born in Mexico and raised in Kenya, Nyong’o first equated beauty with what she saw on television: “Light skin and long, flowing, straight hair,” she says. “Subconsciously you start to appreciate those things more than what you possess.” Her mother, Dorothy, who is the managing director and head of PR for the Africa Cancer Foundation, “always said I was beautiful,” Nyong’o adds. “And I finally believed her at some point.”

As a teen, Nyong’o dyed her hair every color – except blonde – and even went as far as shaving her head bald. “It was very strange and very cold!” she says, laughing. “It was scary but I like to dare myself.”

Now she says the best compliments are “when I have been called beautiful with not one drop of makeup on,” she adds. “And also before I comb my hair or put on a pretty dress. Happiness is the most important thing.”

For more of our exclusive interview with Nyong’o, including personal family photos, pick up this week’s issue of PEOPLE on newsstands Friday. 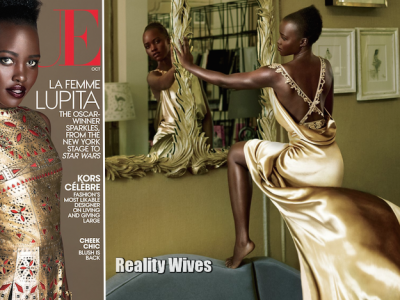 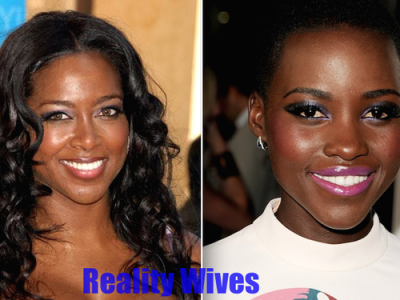 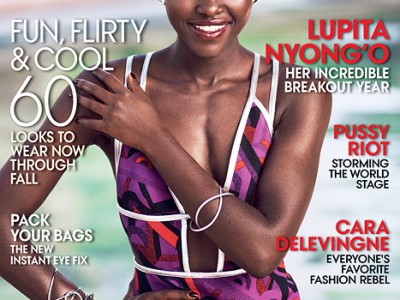