I just sick and tired of reporting, reading about mass shootings. When will it end?

A white male gunman is among the multiple fatalities after a mass shooting broke out at an online gaming tournament in Jacksonville, Florida that was partially captured on a horrifying livestream.

About 15 seconds into the minute-long clip, an apparent red-laser dot can be seen inching its way toward gamer Eli “Trueboy” Clayton.

Four people are reportedly dead and 11 have been injured in the shooting at the Jacksonville Landing complex in Jacksonville on Sunday afternoon.

The Jacksonville Sheriff’s Office confirmed there were multiple fatalities and injuries and said one suspect was dead at the scene.

Mass shooting at the Jacksonville Landing. Stay far away from the area. The area is not safe at this time. STAY AWAY #TheLandingMassShooting

The shooting broke out during the Madden NFL online gaming tournament, which was being hosted in a game room inside the Chicago Pizza restaurant.

Witnesses have said the shooter was a player who had just lost in the tournament.

One witness told CNN he saw the gunman shoot multiple people before killing himself and that it appeared he had a laser sight on the gun to help him target victims.

Authorities would not reveal details about the shooter’s death and only confirmed that he was a white male.

By about 4.30pm, SWAT teams had cleared the Jacksonville Landing of potential victims and witnesses.

For several hours after the shooting, officers worked finding people hiding in the area and urged people to remain calm, as they warned others to stay far away from the Jacksonville Landing.

Many hid in bathrooms of the Jacksonville Landing complex, trying to escape the carnage.

The tourney just got shot up. Im leavinng and never coming back

The shooting suspect was David Katz, who was a disgruntled gamer reacting to losing he killed himself he was 20 year old, 3 weeks shy of his 21st birthday. 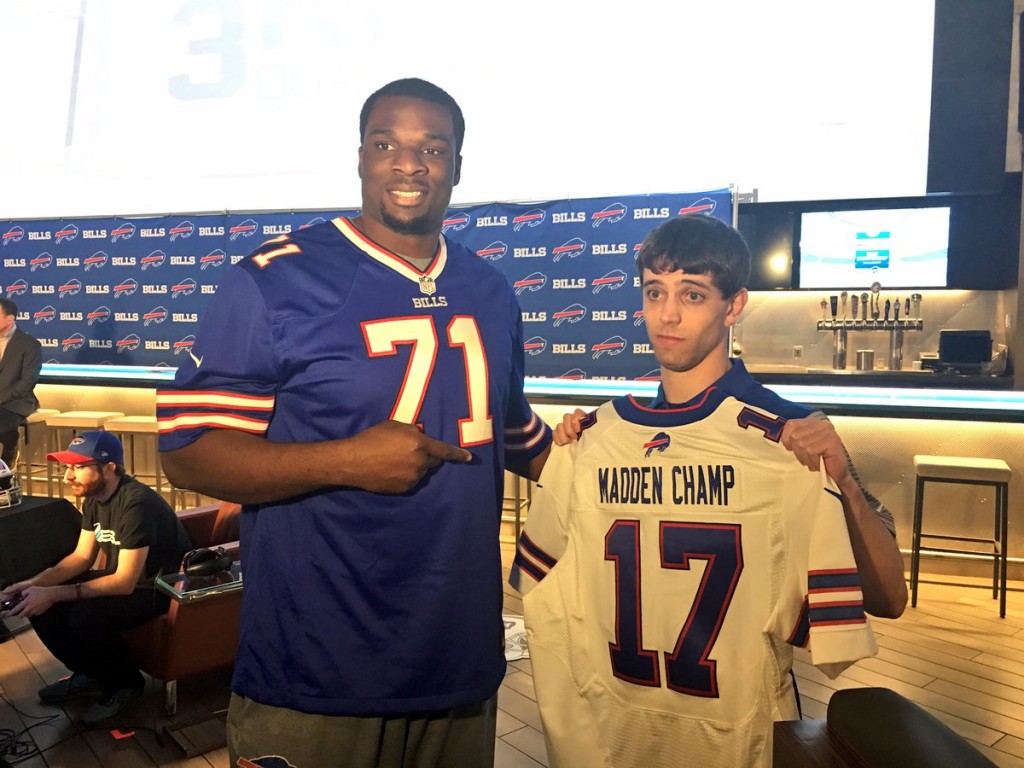 The killings came two days after one student was killed and two others were wounded in a shooting at a Jacksonville high school football game that drew a crowd of 4,000. Investigators said the two male victims — including the student who was killed — had gang ties and were targeted, while the female victim was caught in the crossfire.