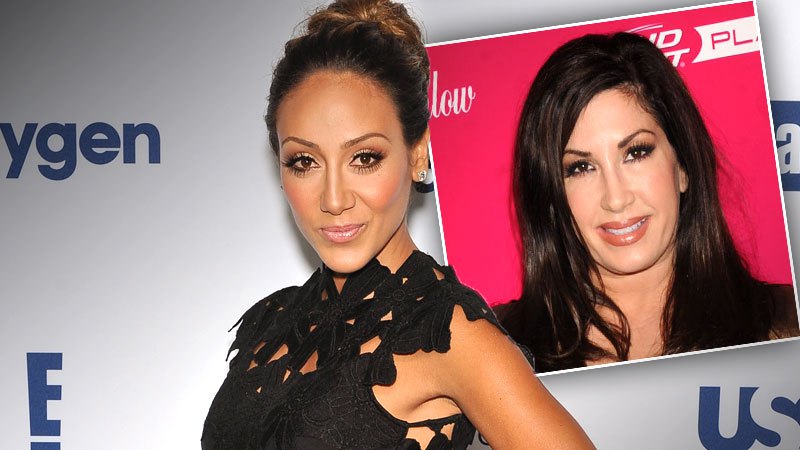 A source claims Gorga ‘flipped out’ about confronting her enemy.

It’s been weeks since Jacqueline Laurita had a meltdown on the Real Housewives Of New Jersey trip to Vermont, and Melissa Gorga and Teresa Giudice stopped speaking to her.

But Radar Online.com has exclusively learned that the cast drama hit an all-time peak this past weekend when Laurita, 45, and Gorga, 37, both showed up at their co-star Dolores Catania‘s housewarming party on Friday.

“At Dolores party Friday night, producers wanted to set up a chat between Melissa and her enemy Jacqueline,” a source told Radar. “But Melissa flipped out and refused to do it.”

“She refused to go over to Jacqueline and said that she is Melissa Gorga and she doesn’t approach people, that they have to come to her,” the source said.

Producers never got their way.

“So the confrontation never took place, though both women were at the party,” the source said.

But still, Catania’s party maintained an intense atmosphere throughout the night.

“Tensions were super high,” the source said. “Melissa felt uncomfortable when she walked into the room.”

According to the source, Laurita also didn’t have any interest in talking to Gorga.

“Jacqueline despises Melissa,” the source said. “Jacqueline doesn’t want anything to do with her. She hates her.”

The source added, “Jacqueline doesn’t care about Melissa and didn’t care what the producers wanted her to do. She’s done with Melissa.”

As Radar previously reported, Laurita had a major falling out with her costars during the Vermont trip.

Jacquline allegedly hates Melissa, and no love is lost for Melissa who has taken a disliking to Jacqueline as Jacqueline is threatening to reveal that her brother in law, Joe Giudice has cheated on Teresa Giudice her sister in law. Joe has checking into prison for 3 years and 5 months for bankruptcy fraud.