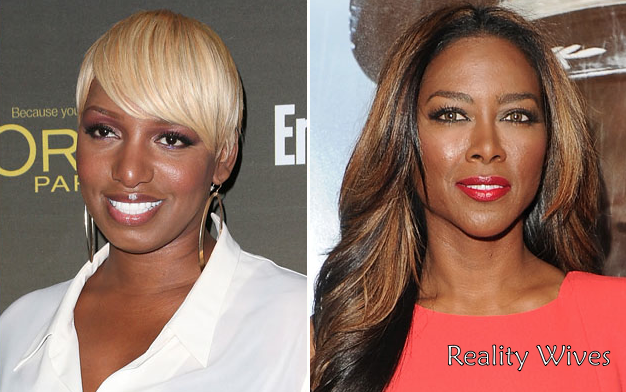 via Radar Online:
Nene Leakes is once again coming to the defense of her Real Housewives of Atlanta co-star Porsha Williams, claiming she isn’t to blame for the explosive reunion brawl that ended in her arrest.

“I’ve sat through many reunion shows, but this one takes the cake for me!” Leakes wrote on her official website.

Fired up, Leakes vented that Kenya Moore had nothing to lose at the rowdy reunion taping, and provoked Williams the same way she tried to provoke Leakes earlier this season by pulling on her ear during a heated exchange.

“When is it ‘okay’ to BULLY someone, then question retaliation?” she asked, claiming the former Miss USA “taunted, pushed, provoked and lied” all season to get her co-stars to react violently.

Leakes continued to rail against the former Miss USA on social media.

“This is what happens when u hire ppl 2 be on the show who has NOTHING 2 lose & will do anything for 2$. Bring props should b again all rules” – Nene Leakes

“NOT @Porsha4real fault! She was provoked the same way she tried provoking me by pulling my ear n episode 1. Maybe I should press charges,” Leakes wrote on Twitter during Sunday night’s reunion episode.

As RadarOnline.com previously reported, Williams viciously attacked Moore during The Real Housewives of Atlanta reunion after Moore accused her of cheating on former husband Kordell Stewart.

After beating Moore and pulling her hair, Williams screamed to the other housewives, “I can’t believe I did that! I have embarrassed myself!”

The explosive attack, which occurred during the reunion show taping earlier this month, resulted in Moore charging Williams with battery and a subsequent arrest warrant being issued. She turned herself in and was booked not long after.

“I was violently attacked by Porsha Williams… If someone puts their hands on me, I will not just let it go,” Moore said in a statement to Radar Monday. “The authorities will decide her fate, not me.”