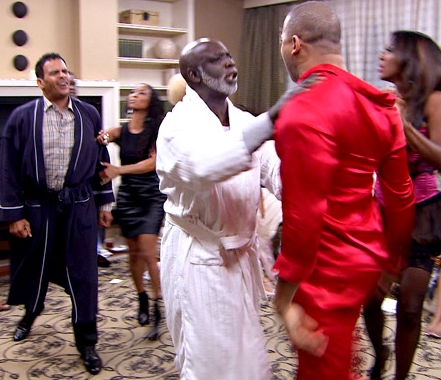 “All of that was so explosive. It happened so fast,” said Peter who inserted himself into the altercation between Brandon DeShazer and Christopher Williams to defuse the situation.

Instead, Peter’s actions just helped to escalate the tension and led to unprecedented “RHOA” messiness and violence.

“Apollo [Nida] got up to help me hold Brandon back while Gregg [Leakes] and Todd [Tucker] took Christopher the other way, but Brandon was so aggressive and so hype that he accidentally hit Apollo and that’s what made Apollo flip,” Peter explained to Sister 2 Sister.

Apollo admitted that his fight with Kenya Moore’s friend was “ridiculous” and that things just got out of hand once he was allegedly struck by Brandon.

“It’s really a shame. I never thought that someone would hit me, especially when I was kinda trying to defuse the situation,” Apollo explained to Phaedra Parks in a preview for an upcoming episode. “I just saw a lot of rage in his eyes. All I know, I got hit and I just got really carried away.”

Though Peter believes Apollo was initially just trying to help him restrain Brandon and break up the fight, he acknowledged that he probably would not have responded the way Apollo did.

“If I’m breaking up a fight and I accidentally get hit, I’m probably not going to react that way, but it wasn’t just the accidental hit,” Peter said. “You can hear [Brandon] say, ‘Oh, you wanna fight, too?’”

While viewers tried to guess what caused Apollo’s aggression toward Brandon, Peter said the two have no bad blood.

Just about everyone who watched the bout has an opinion about who’s to blame, but Peter refused to point fingers. No matter how it began, he said everyone involved is upset about how it ended.

“No one is proud of what happened, including Apollo. Everyone is ashamed,” he said. 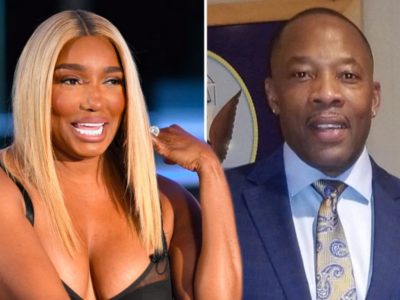