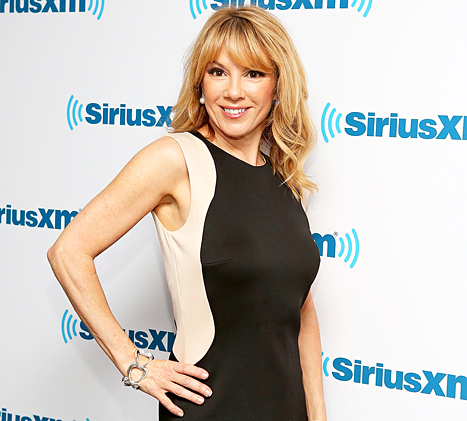 “We were working very hard on our relationship and making great progress. It was really working well, and then I got the feeling that he started seeing [Kasey Dexter] again.  He wouldn’t admit to it. He said everything was great with us. Then the next morning I pushed him on it and he admitted he [had seen her], and I just said, ‘I can’t do this anymore. Goodbye.”

Ramona states she and Mario were attending marriage counseling for about 15 weeks before their separation.

On the 24th July she kicked him out of their home, “I left him a note saying, ‘Please don’t come to the house in the Hamptons, and please get an apartment. I don’t want to see you anymore.’ And that was it. He kept calling me and calling me, but I wouldn’t take his calls.”

She doesn’t know where Mario is living now.

Mario and Ramona first separated in January of this year, after she discovered alleged affair with Kasey, but they reconciled publicly a few weeks later.

“A lot of women told me you leave when you’re ready; you don’t need to leave because he cheated on you. And I looked at the bigger picture. There were problems in our relationship, but nothing bad enough for him to cheat. So we were working on it. And then I just realized, no, that’s a betrayal, a lack of respect to me and my daughter.”

Now she’s ready to go through with her divorce, “I would never reconcile with him. No chance. I believe in marriage, I gave him a second chance, and he betrayed me and our daughter. You just don’t do that.”

Mario, was photographed with Kasey after Ramona’s separation announcement.

Ramona states that, ‘leaving him is “a relief at this point,” she said.

“I was walking on eggshells. I have closure now. You give someone a chance, and if they can’t change, you have to go on with your life. I married a traditional man, a God-fearing man — high morals, high scruples, believes in family and tradition. This man today is not the man I married.”