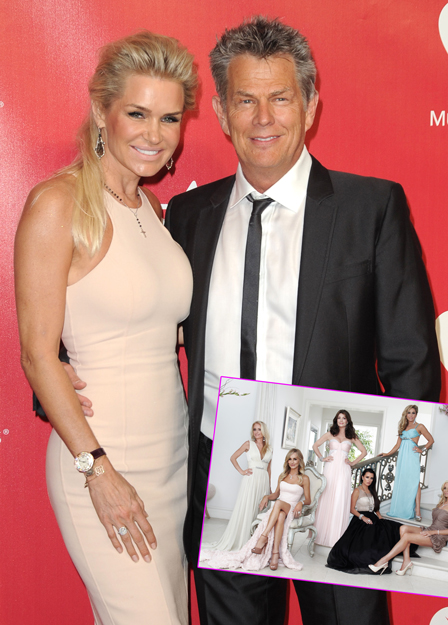 Yolanda is the fourth wife of Grammy Award-winning producer and songwriter David Foster (Whitney Houston, Celine Dion, Michael Buble). The David Foster who was married to Linda Thompson (1991–2007), friend of the housewives, who was also married to Bruce Jenner (1981–1984), Los Angeles it seems has 2 degrees of separation. Foster has been married four times, has five biological daughters and six grandchildren. Coincidentally, David and Yolanda married on 11/11/11, the same day as Real Housewives of Atlanta star Kim Zolciak and husband Kroy Biermann.

Camille Grammer, 43, announced her departure from the series on Saturday.

“I’ve had such a good time with the girls, and I’m really sad that it’s come to this. We’ve had so much fun, but I guess the producers and I couldn’t come to an agreement.”

Sounds like Lisa Wu, who too wanted to keep the drama and personal issues out of her scenes.

No one else has been confirmed although, it’s rumored Marissa Zanuck is joining season 3 also.